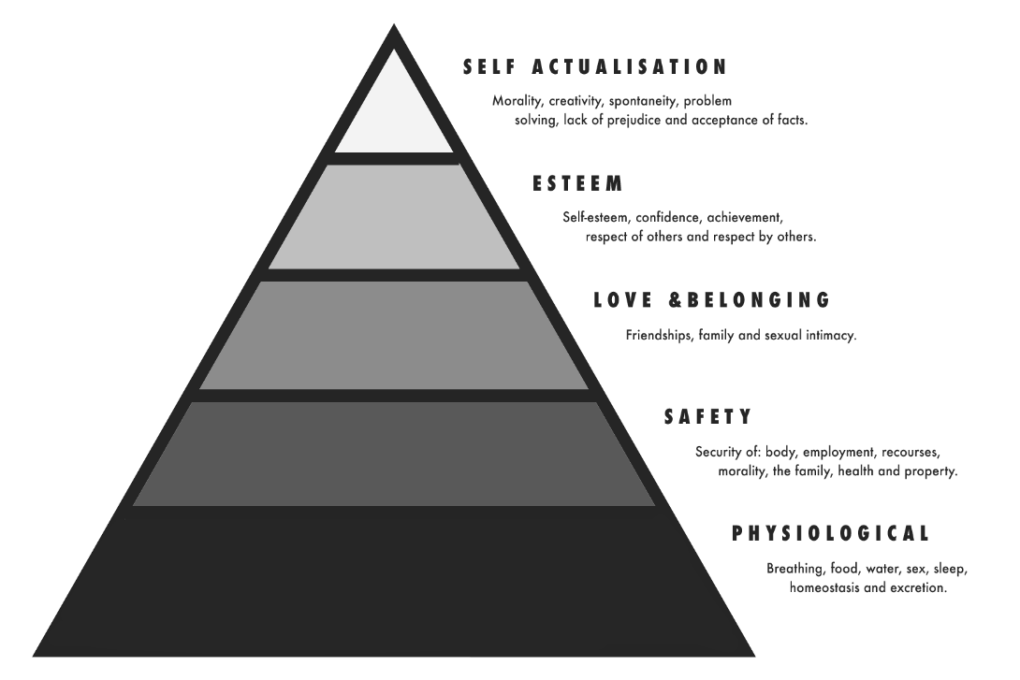 "Drought of Contents in the Contents Flooding"

Everyone understand that people around us want to see, hear, and enjoy what they want. Not enjoying merely physical senses and pleasures, but aspires to something that accumulates in itself. Desire something to enjoy alone, but also people also want to gather more energy through sharing their interests and being together. This, as demonstrated by Meslo's theory of desire, goes beyond the physical phase, which is the desire for physiological and safety, the desire for attribution of psychological factors, which are symbolized by stimulating social participation and communication, plays the most part.However, due to particular characteristic of the human self, it reflects a higher degree of desire for self-expression and self-desire. A typical example is the daily life and the weekend of modern people who are reflected in individual leisure activities outside work.

There were two exhibitions recently I have visited. One was an exhibition that was based on the general culture of the Goryeo dynasty, where the name Korea derived from and the other was the Seoul Motor Show, an exhibition related to transportation equipment.The common point of the two of them which have the opposite or not related theme is that they are so much popular.

Although I do not think that Goryeo is very popular or popular in the public, the reason many people have visited this exhibition is due to the feedback of the exhibition from public. It was originally intended to be exhibited alongside the wooden statue of the master of monk Heerang, known as Wang Geon's master, by renting the Wang Geon’s sculpture, He is the founder and first emperor of Goryeo, in North Korea, but he was attracted to many people by the report that he was not accused of North Korea's non-response. The director of the National Museum of Korea, Mr. Bae gi-dong, mentioned on the exhibition at the press conferenceheld on March 3, that "This level of exhibition will not be able to be seen within 100 years. It can be called Centennial -every 100 years- Due to the fact that the National Museum had waited and could not get the response of the North, for Wang Geon’s sculpture. His place left empty yet and started the exhibition. In fact, the sculpture is was not the only important relics that preparation has made available during the exhibition planning process. But also French National Library did not allow the oldest metal type plate "Jikji" because of the lack of legal system of exhibition. 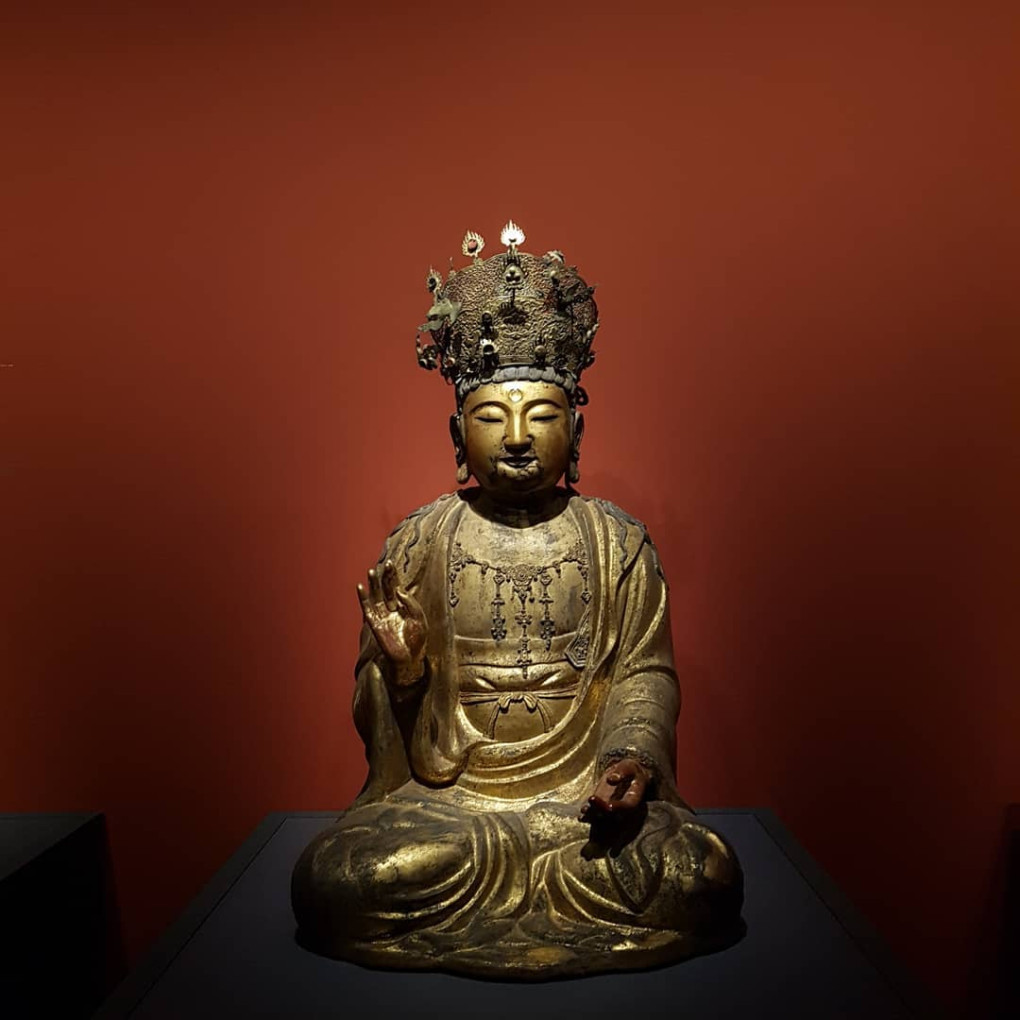 It is a pity that I have not seen these artifacts with my own eyes, but paradoxically, their absence seems to have provided a unique atmosphere that I could feel only from this exhibition. Apart from that special appreciation, the exhibit was quite well-organized. Some of the artifacts that could be called "luxury goods" were exhibited, and some of them were also found in overseas museums. The amount of artifacts exhibited was considerable, and the price of 8,000 KRW-approximately 7 Bucks- per person seemed to be a huge benefit to the public over free offer. It is not uncommon to see the artistic and technological achievements of the Buddhist culture, which can be seen in the Tripitaka, the metal letterpress, metalworkings, paintings, sculptures and Goryeo Celadon derived from noble culture of the country.

In addition, there were many traces of care in various parts of the exhibition. It was thought that it was a "beneficial exhibition" in many ways, such as media arts reproduced in the Goryeo tea house, or postcards that can be taken at the end of the exhibition.

Although it was the last day, it was said that it was basic to wait for the position bylengthening the line during the exhibition period. I guess I also waited about40 minutes.

Another exhibition, KINTEX's motor show, is the largest motor show in Korea where allinternational brands are gathered. Of course, there are advanced designs to belaunched as new attempts, other safety education including cars currently onthe market, I was able to see various promotions and aged care to raiseawareness of the brand.

Unfortunately,it is positioned at a lower rank than other exhibitions, including the world'smost overwhelming Geneva Motor Show. Thanks to such low recognition, only Mercedes,BMW and LEXUS of Japan, which are the most popular imported brands, havealready shown the concept vehicle advanced vehicle several times alreadyelsewhere. In fact, more focus on exhibitions aimed at domestic sales.

Variousclasses, ages, and members watched. There were a considerable number offamilies with children. Whether the family or the lovers came together toachieve the purpose of the outing together on the weekend, the inevitable waitand delay in the parking space, entrance, and all parts of the viewing werecommon.

Unfortunately, the last two exhibitions I have noticed are the people are thirsty. There are various exhibitions of historical themes which I knew not to be an issue so many times, have been popular and oversophisticated stories in our usual life. Despite the fact that visitors were attracted to the show, and the exhibits of commonly-marketed vehicles that cannot be directly seen by the creative and unconventional new innovations that were exposed through the media, there was a chaos caused by the ticketing entrance, the audience, even in the parking lot.The actual exhibition is the ability of editing and curating. In addition to providing the ability to gather expressions through a single theme, and to provide joy and self-expression to the realization of self through communication of information beyond the joy of discernment to the gathered people, it is an amazing condensed methods that can shake the overall cultural level of society.

What we wait for, and what we ask for, must be calculated in reverse through this phenomenon. We need to provide more of the phenomenon that I can realize the desire of the society as a thirst for the people who are so deficient in daily life.Nowadays, it is time for all kinds of expressions about newly developed contents, information delivery and experience. Even if it is not such a great thing, it reacts so much and is enthusiastic even if it changes slightly in daily life.The important communication that can bring empathy, inspire, and change the life is perhaps as 'absorptive' to the public at this time of deprivation. I think it is the most appropriate time to be able to moisturize our little something but righteousness and upright outlook on the world in a comprehensive way through content.

Date Drought of Contents in the Contents Flooding

Next Project Secret of diversity