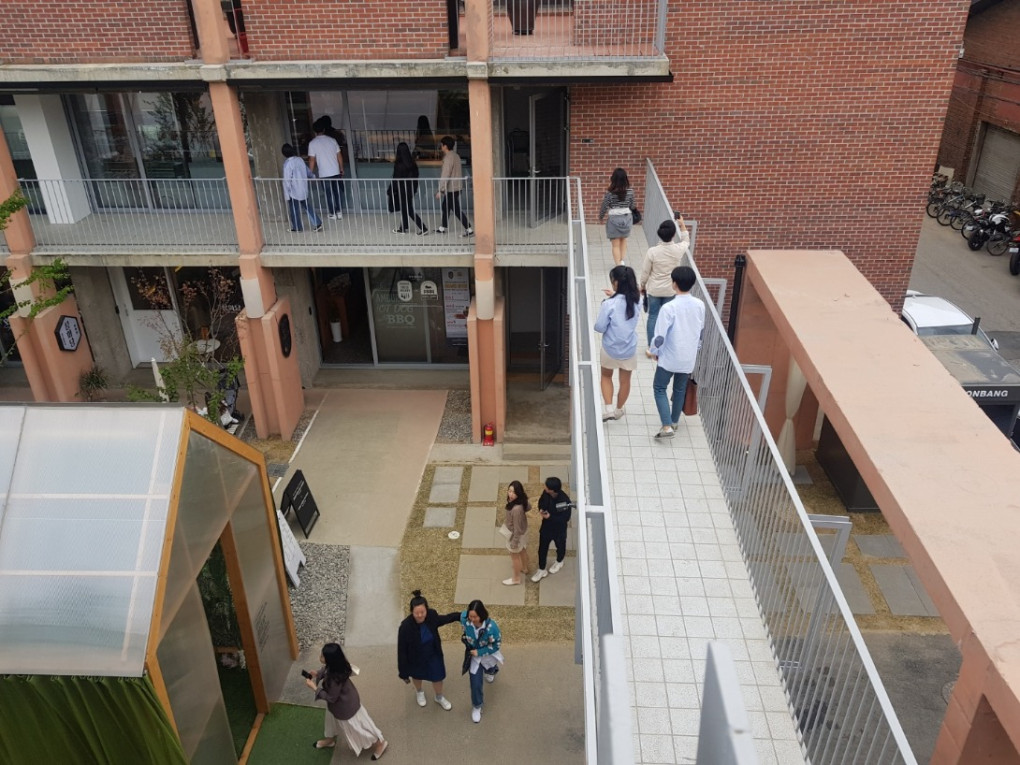 "the space of innocence presents the function of the reason."

There was a part of the essay of Murakami Haruki that I read impressively. There was one person who was led by a pseudo-religious group. He spent ten months there reading Haruki Murakami novels every night. And he said that he could escape from the people who came in alone. How was he able to get out of there? 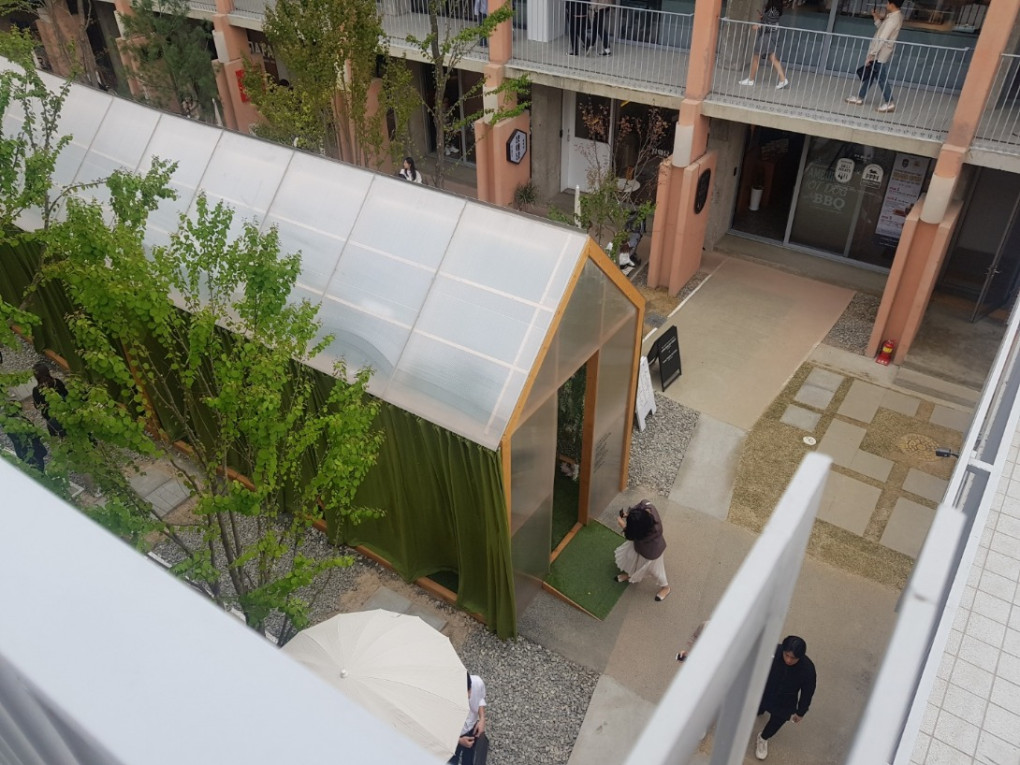 I would like to talk about the part I felt when I visited Seongsu-dong this weekend. I was visiting a place called Seongsu Federation in Seongsu-dong on a Saturday afternoon. It is a multi-cultural space with three floors. There are editing shops and restaurants together. There is a pavilion in the center, and the inside was filled with plants and a green colored fixture.

But as I was about to go there, it was filled with people who wanted to take pictures. It wasn’t easy to see nor enter the place. When there are no people, would that area be a suitable place to rest?When people were gone, I went back again to look around the editorial shops on the 2nd and 3rd floor. Holy See federation had a squared structure which reminded me of a pedestrian overpass. Standing on the stairs looking down, the pavilion that was installed to provide temporary rest was full of people. I realized that the place I was standing was quit peaceful than down there. It occurred to me that a space of no purpose would bring real comfort and relaxation.

What is inaction? Museo nature, like a child, is a simple way of living as nature dictates, or a way of living out of pretense and hypocrisy and living in its original self-image. In fact, if we think about how much we lack in rest and nature that a pavilion had to be installed, I feel a sort of bitterness. However, rest cannot be deliberately made. Sometimes as Noja said, if we just look at the sky, don’t we get ourselves a comma? Then how can we rest in our modern life?

I think it is necessary for people to have their own space. A space where no friend, lover or family can approach. Inside there, our own uniqueness, independence and self-respect are made. Then how can we have our own space and rest inside there when the life is so busy? I thought about it. It might be abrupt but let’s think about a space. It is a space where people live. I especially like the space above the door at the entrance. Because it is a space where I have never been. From that space I think “thoughts” are made. So called space of comma.

Nothing with no special function. There you don’t have to do something. You just sit there or gaze at something. Then your thoughts become empty, one by one thoughts will float and sink. It occurs to me that space of comma can even present a function of thinking. Instead of bringing a temporary nature, if we provide a space for thinking or if one finds his own space or without even that, if one can think by oneself without anything, one can bring rest to oneself through thoughts.

In the essay we talked about earlier, even in the brainwashing of a cult group, that person could escape them because he was thinking while reading a novel every night. The difference between human and animal is the ability to think. It would be nice if we could have the ability to rest through thoughts.

Date Space of innocence presents the function of the reason.

Next Project What we should sell