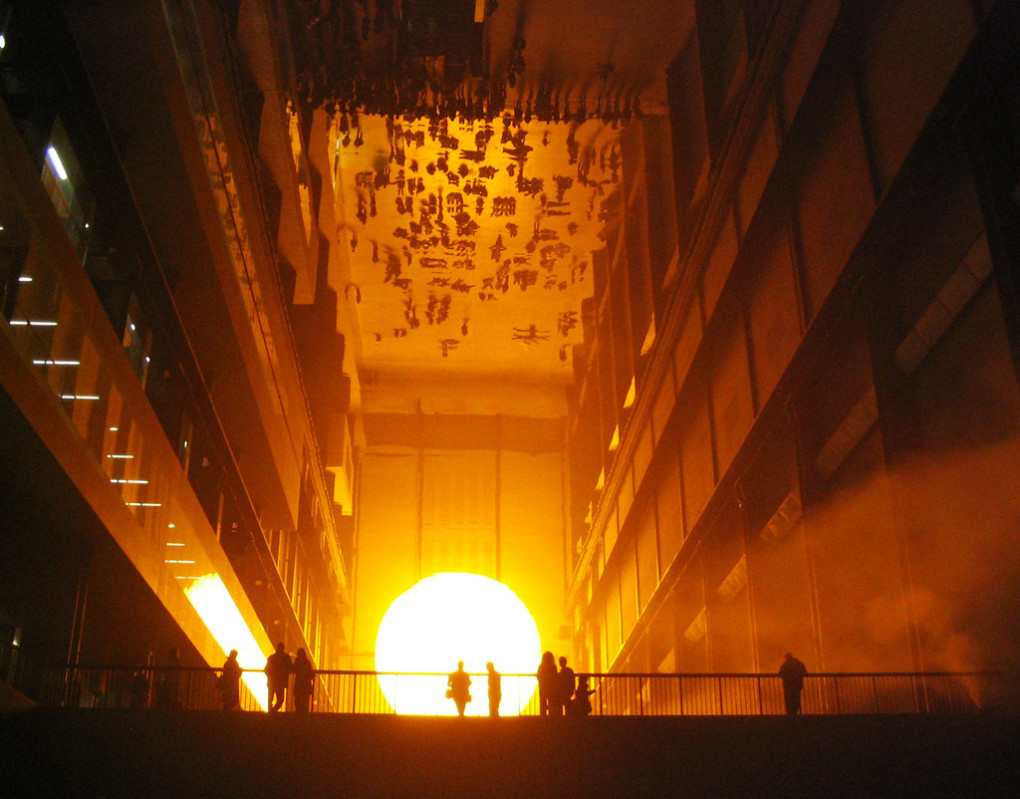 "If you want to draw action from people in space,
you have to look at space through the verb with tome."

There are two exhibitions. One has so many works that it cannot be summarized in 3 huge pamphlets and the other has only 20 works organized in a part of a building. The former has a lot of things to see but people spent more time on the latter. What makes the difference? The installation artist Olafur Eliasson, based in Denmark and Iceland, was widely known to the public through his work ‘The Weather Project’ in Tate Modern, England. He uses motifs from nature and utilizes mirrors and fogs making familiar spaces unfamiliar and leading spectator’s action.

"Nature is a common ground for people with different language and culture, even though they have different experiences."

The artist considers himself simply as a person who installs physical factors. He emphasized on behavior so much that he said the work is finished by the behaviors of the spectators. When we actually encounter his works we can find ourselves moving around naturally. It is quite hard to draw out a natural action from people. The artist says that he leads action through nature which can be a shared through common sympathy, but with only sympathy we cannot lead to action.

Among his works, ‘Jokla series’ shows how to draw the behaviors of visitors in space. Created to notify that the longest river in Iceland Jokla is being destroyed and contaminated by dam construction and pollution, he hanged the aerial photography one after another on a wall so that people can see the beginning to the end of the Jokla river. The photography that cannot be seen at once makes people to move from one point to another, moving people’s feelings.

At this time, the factor that causes spectators to act is the physical representation of the temporality of the space. Visitors who confronted the time from this point to that point naturally understand that it is meaningful to move along the time. Visually expressed time also shows the meaning of our actions. Wall, Pillar, Floor, Corridor, Ceiling. We often think of space as simply a three-dimensional space made of a combination of physical elements. Living room, Hal, Office, Building, Square. It is also related to the use of noun expressions in space that exclude time in languages. Creating meaning in space is not to stop, but a movement. If you want to create meaning in space, time for action is an inevitable factor. If you want to find meaning in our space, it is time to think about time with a verb.

Date The space that takes time into consideration draws action from people.