Along the grain of the timeworn sapwood, the heartwood of a wooden structure remains. On this core hangs an old piece of dark metal. That dark metal calls Duseok. The piece of metal still connects the frame to the door, which are of similar material but serve different functions. 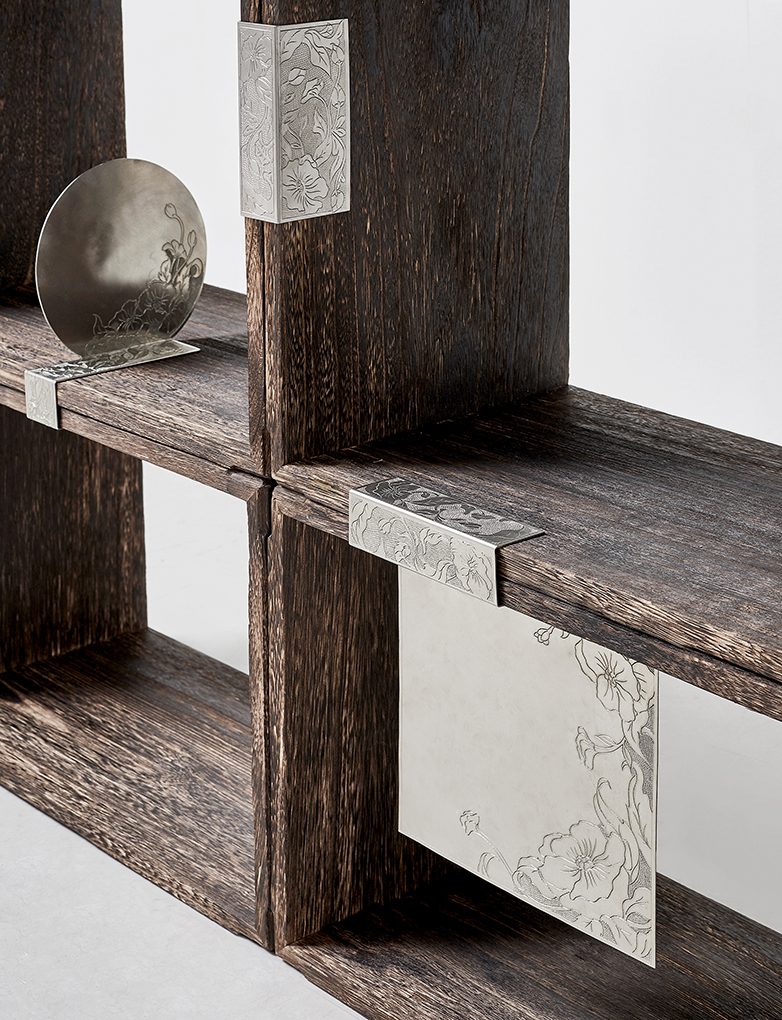 「 Feel the scent of the past by using the furniture with Du-seok in our lives. 」 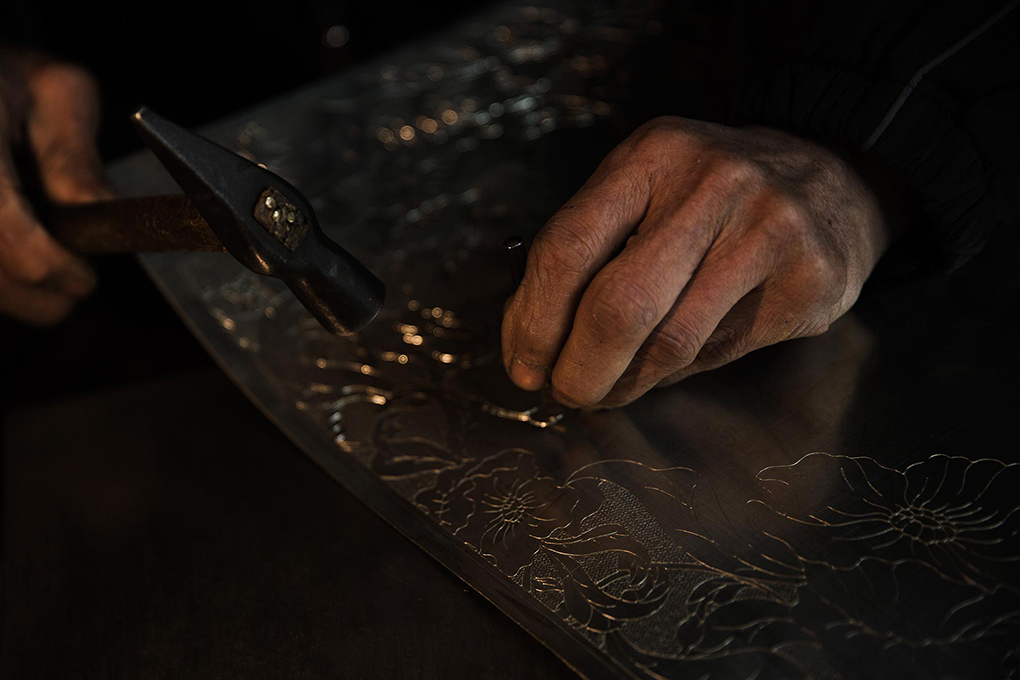 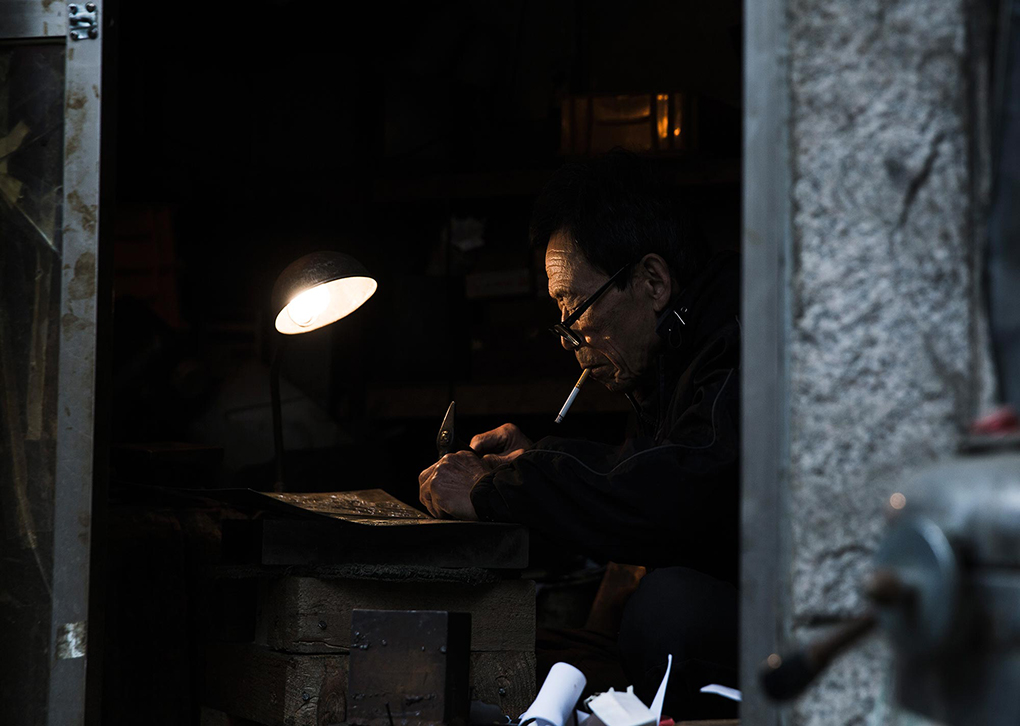 Du-seok has a function of connector. Because it has color of bean so called Du(bean)-seok. Easy to handle than iron and has a similar feature of gold so used to enhance the dignity of the place. We studied the forgotten Du-seok and reinterpreted them to suit our current taste. A number of tablewares have been developed to enable the Du-seok to be used in everyday life. 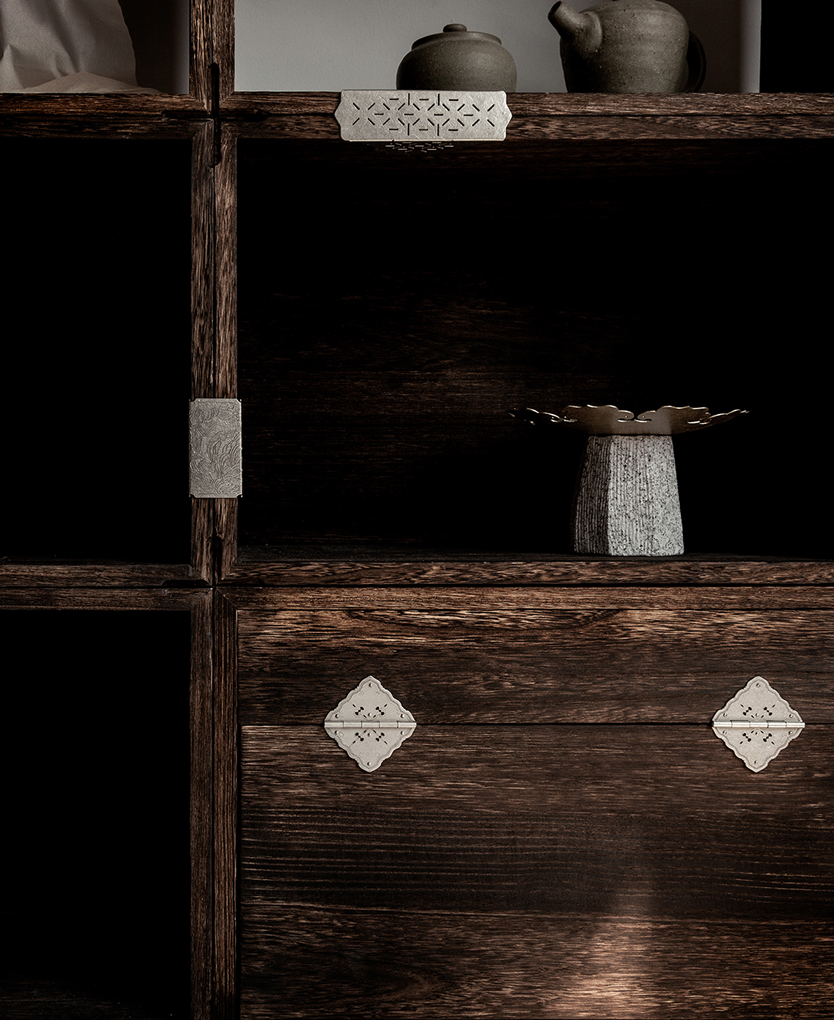 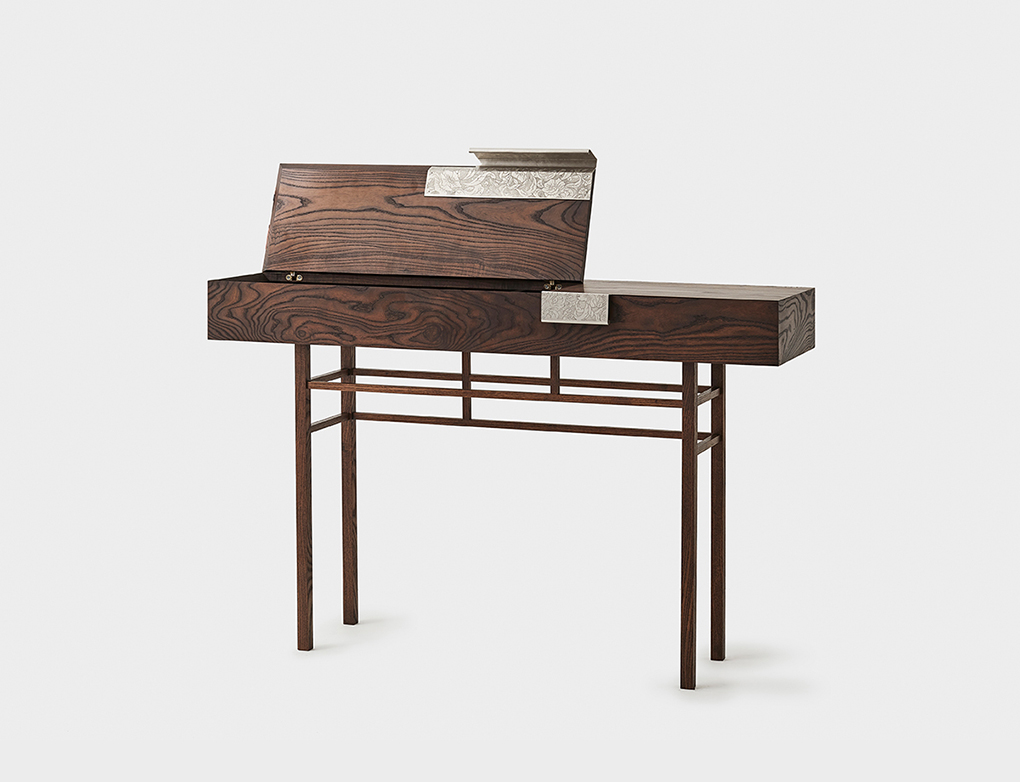 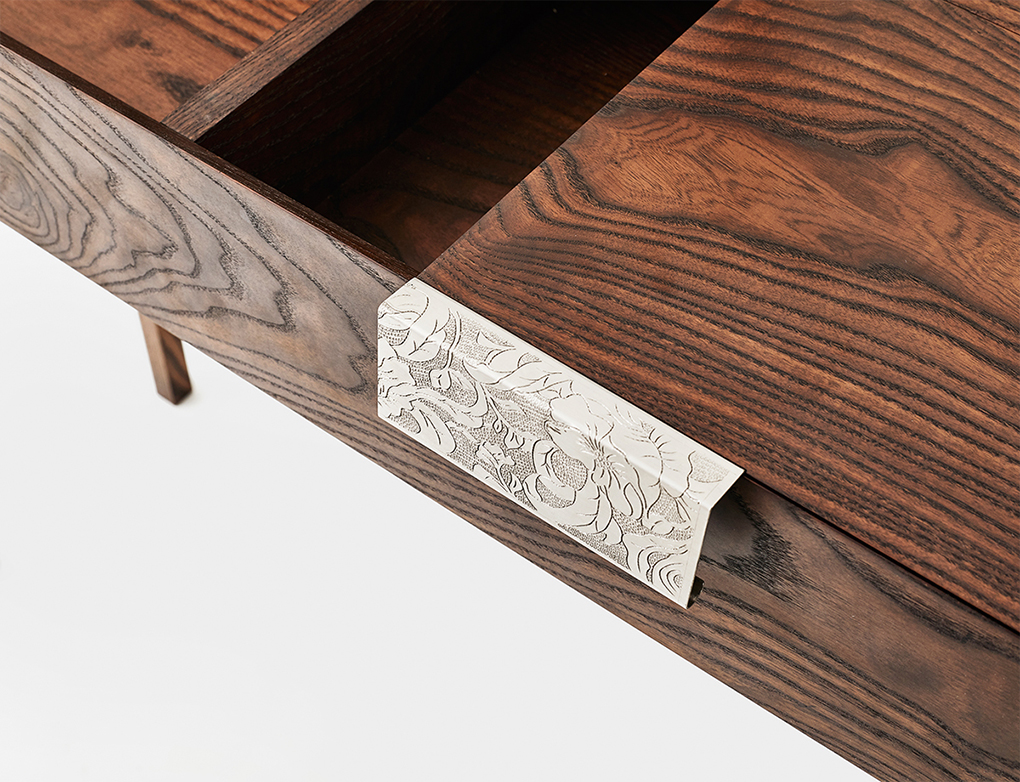 We produced the console with neunghyungmun du-seok and peony carved on the du-seok handle. The Peony represent wealth and abundance due to their colorful and rich flowers, and have been used widely with auspicious meanings. The neunghyungmun is a pattern that is shaped like a diamond. A modern reinterpretation of the neunghyungmun pattern has resulted in a neat form. The console represents the geometric line of the window door of the hanok. The combination of simple structure and fancy du-seok makes feel beauty and balanced. 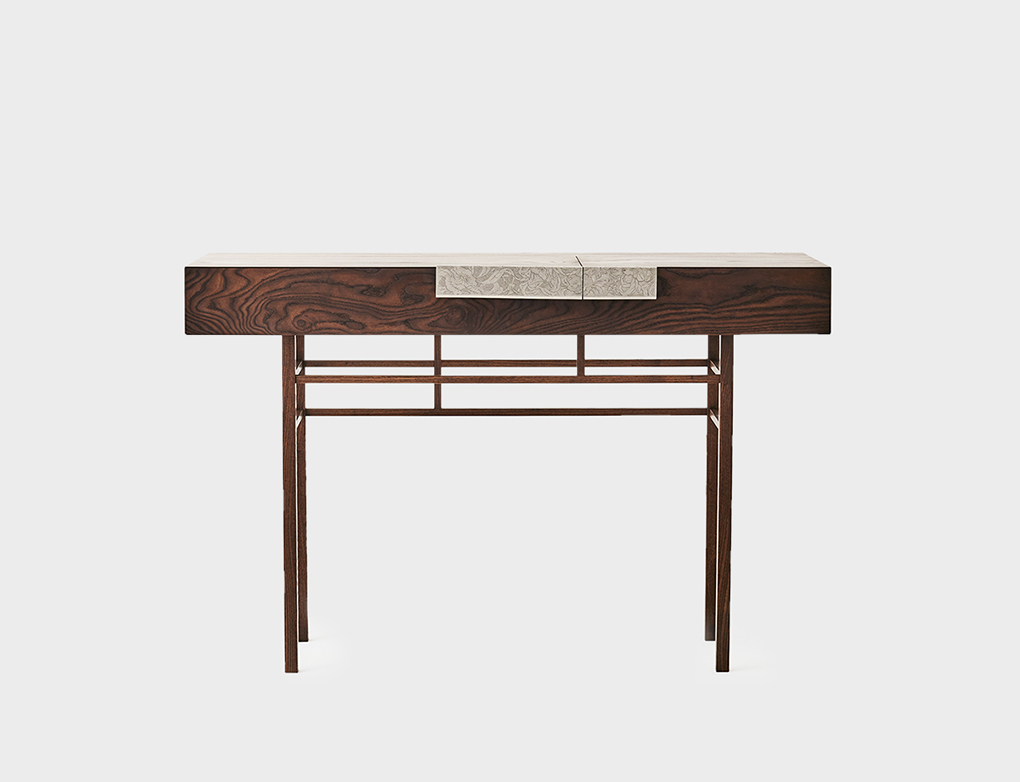 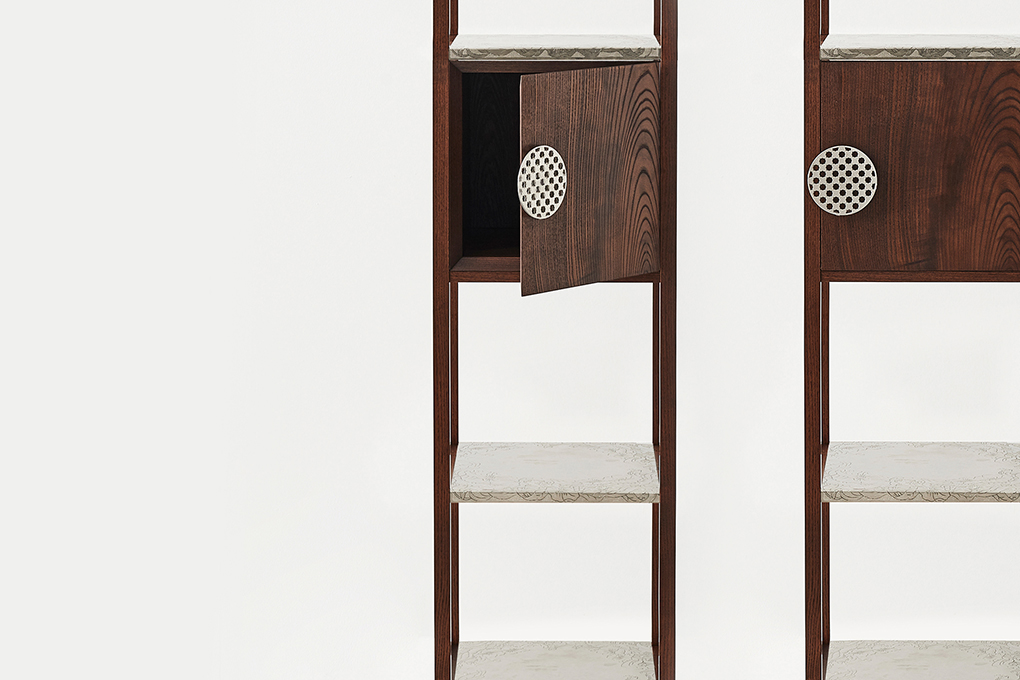 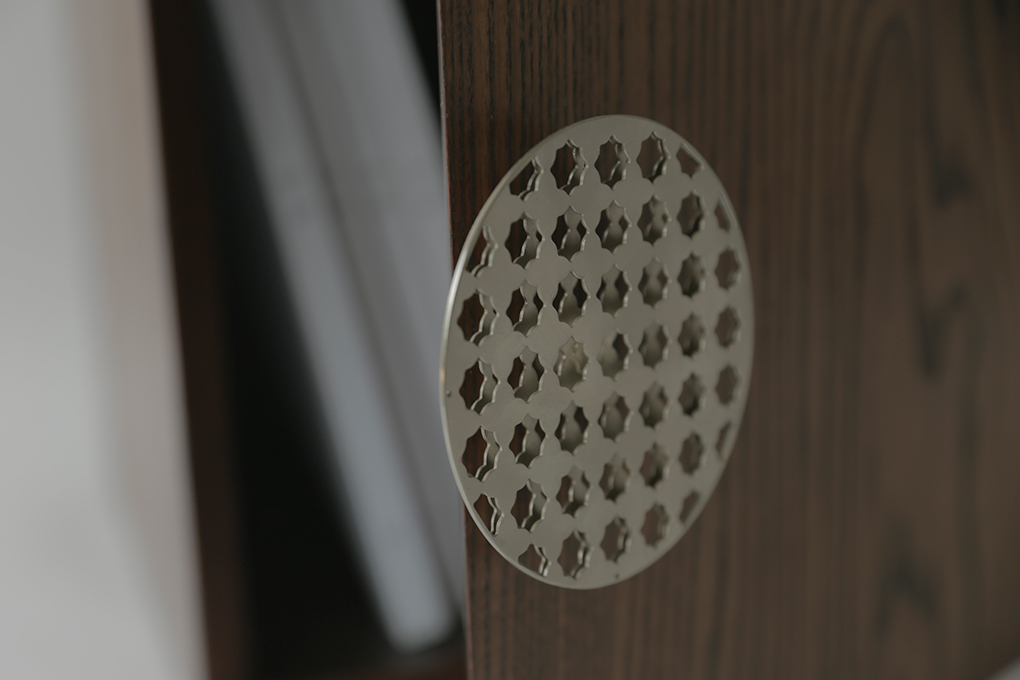 Peony Sabangtakja is a table with various variations, depending on its neat and open structure. It has been widely used by our ancestor, showing the elegant dignity of Seonbi. This product is made by adding a peony du-seok top to Sabangtakja. The entire top plate is made of du-seok, and serves as an independent function of it. The peony pattern carved along the edge gives off a subtle light depending on the light. Floral Lattice Handled Storage can be used in combination with the peony sabangtakja. The Du-seok of the Floral Lattice Handled Storage put a modern reinterpretation of Kkotsalmun in a concise circular form. The modern sensibility and the beauty of tradition are harmonized. 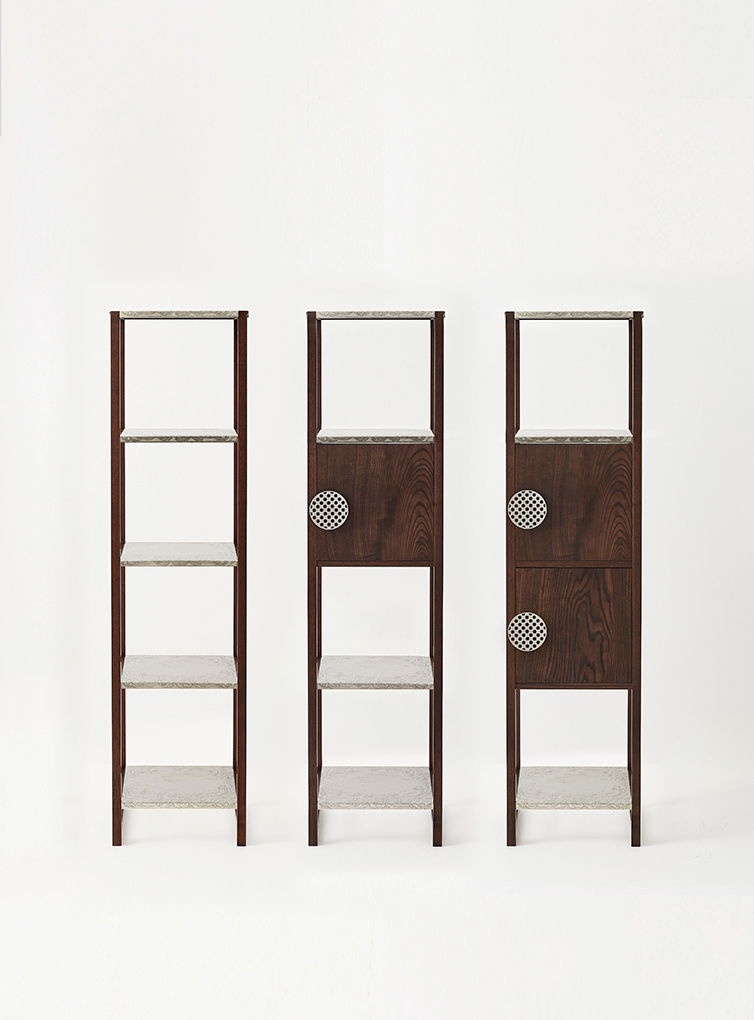 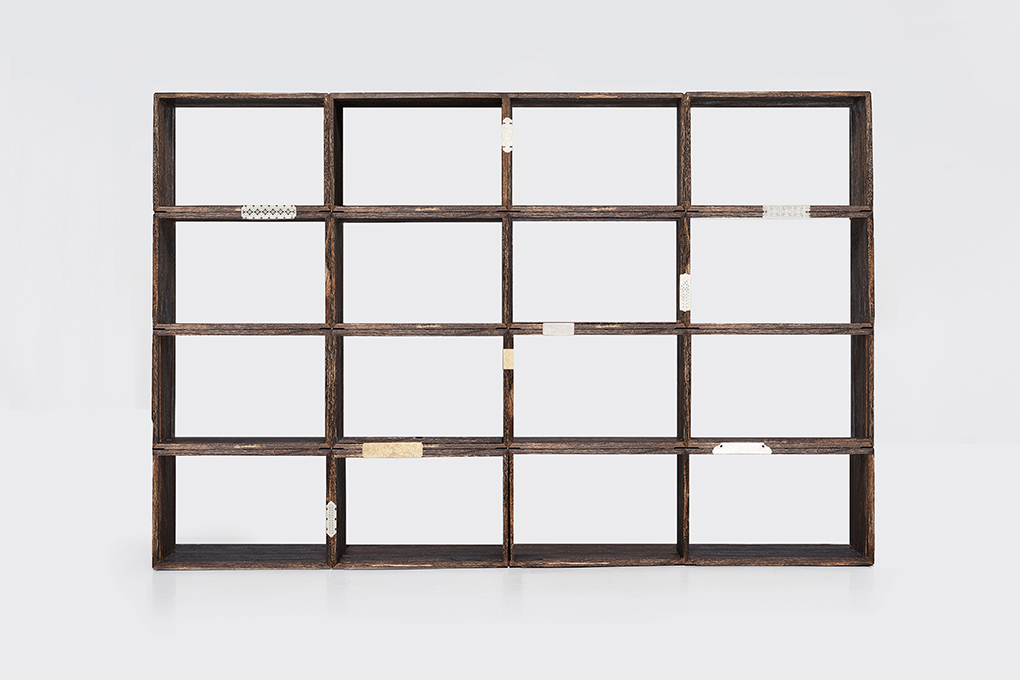 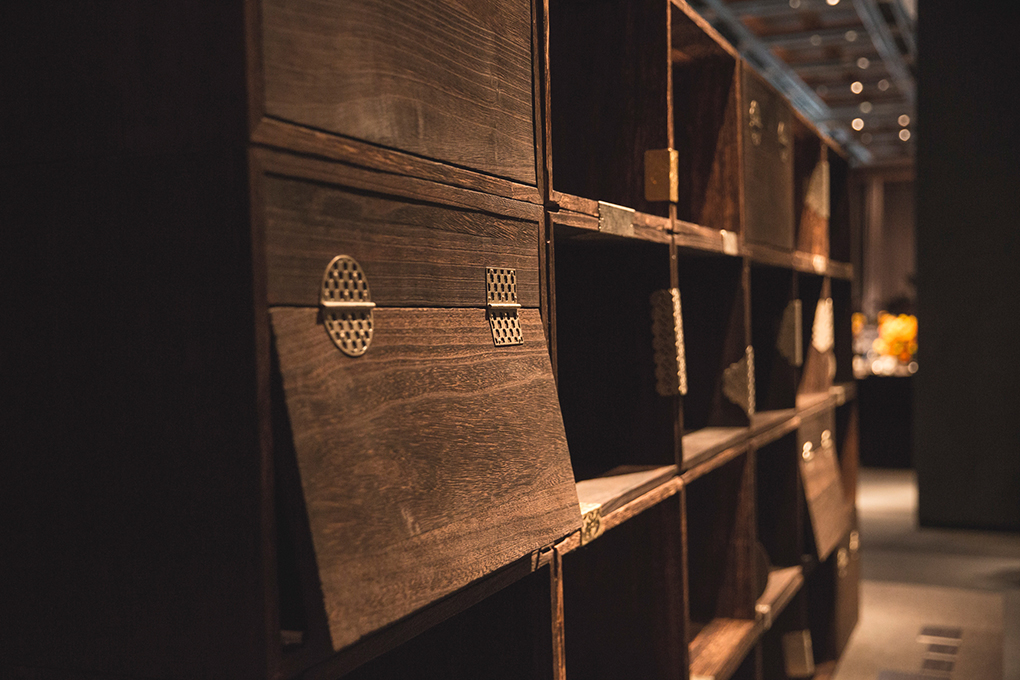 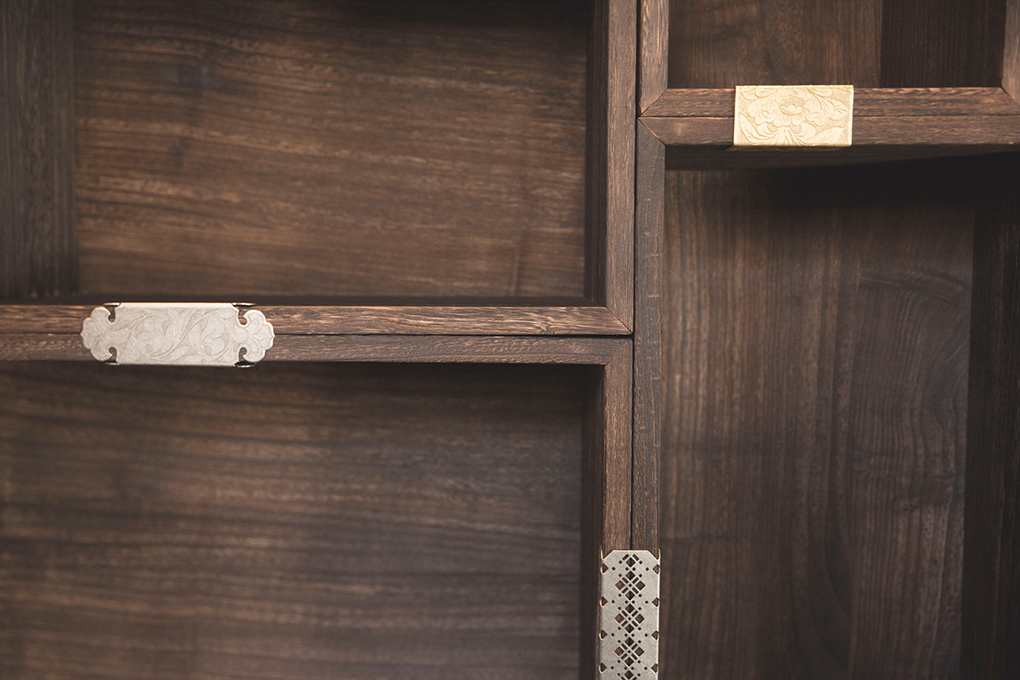 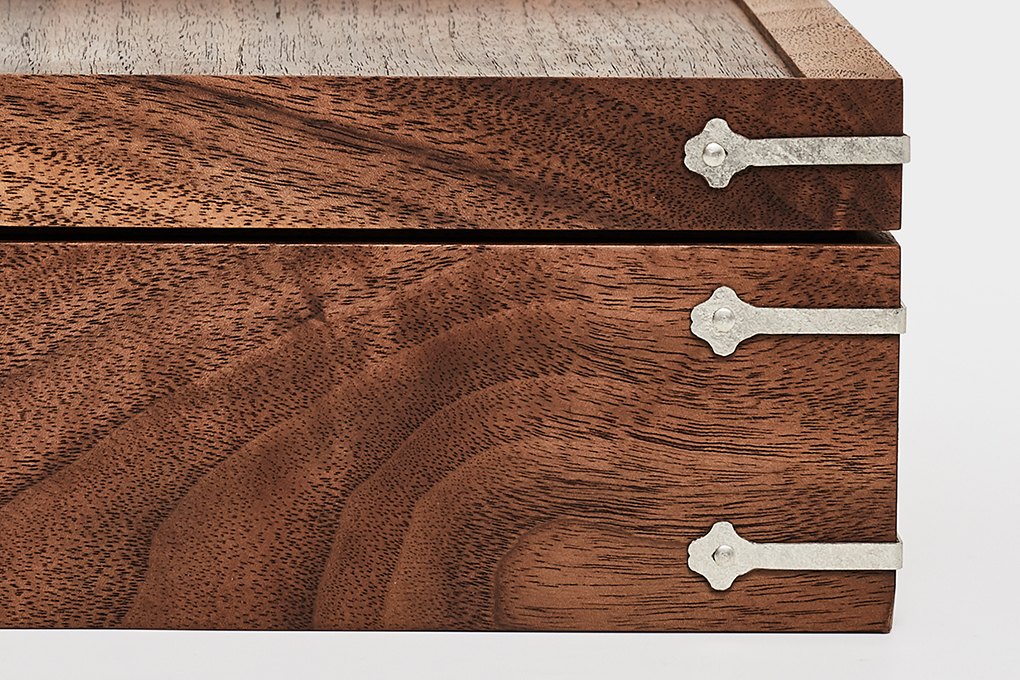 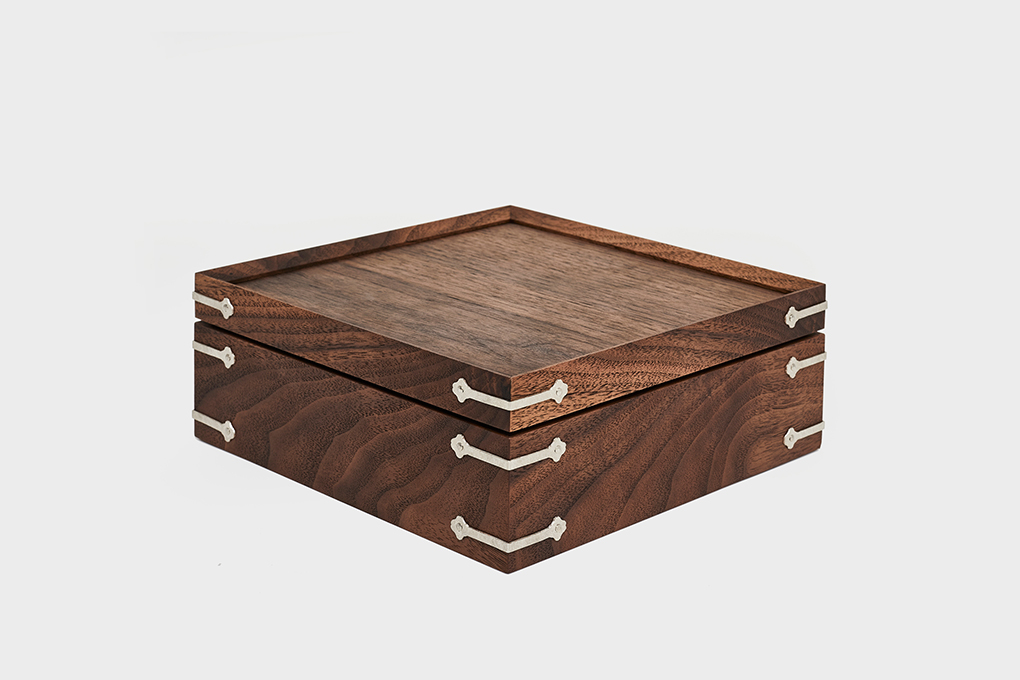 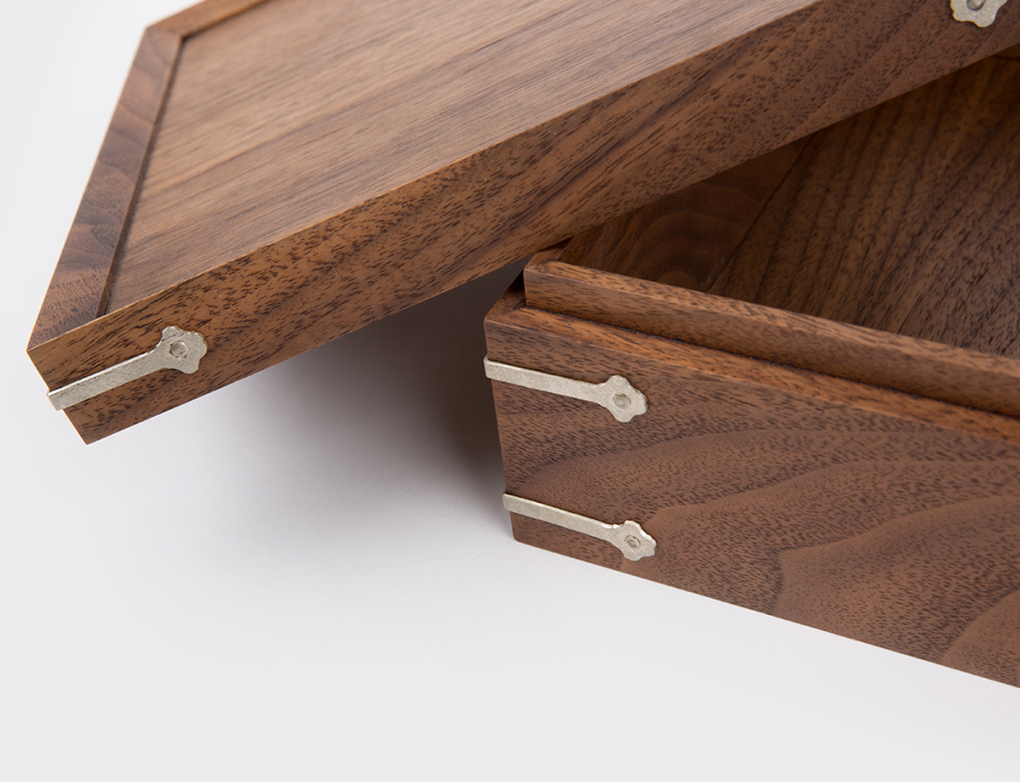 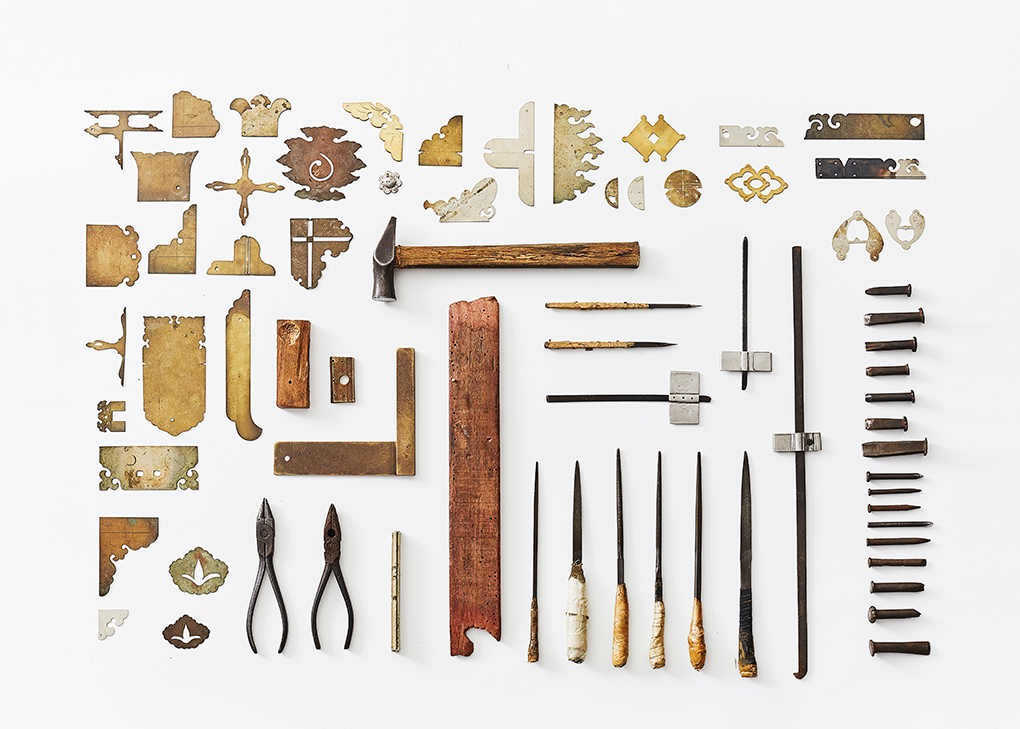