The workshop sponsored by National Intangible Heritage Center is an educational program to develop and promote the craft products by combining traditional technology and contemporary use. In 2017, diverse products are planned and produced under the title of “Dividing Space” to show various products that make up space. The exhibition was set to stand out use of craft in the scene of Hanok. 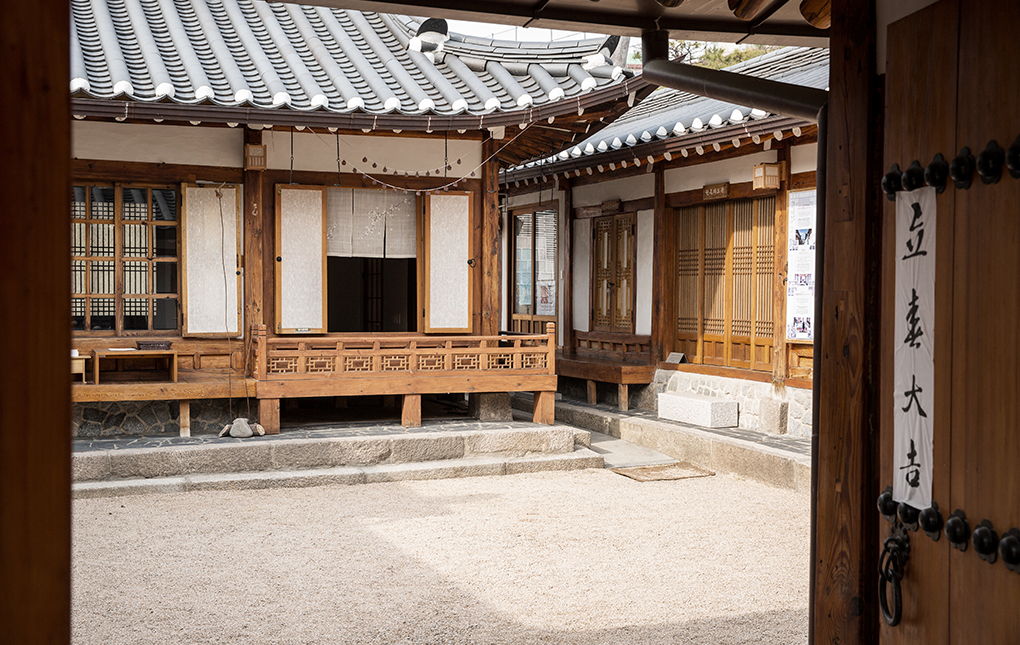 The Capacity Enhancement Workshop, organized by the National Institute of Intangible Heritage, is an educational program for product planning and development combining traditional craft technology and modern use through the study of traditional handicrafts and the designers of various fields of national intangible cultural assets such as Somok, Jasu, Gakja, Dancheong. The 2017 National Intangible Heritage Center Capacity Enhancement Workshop has designed and produced craft products that make up space under the theme of 'division'. 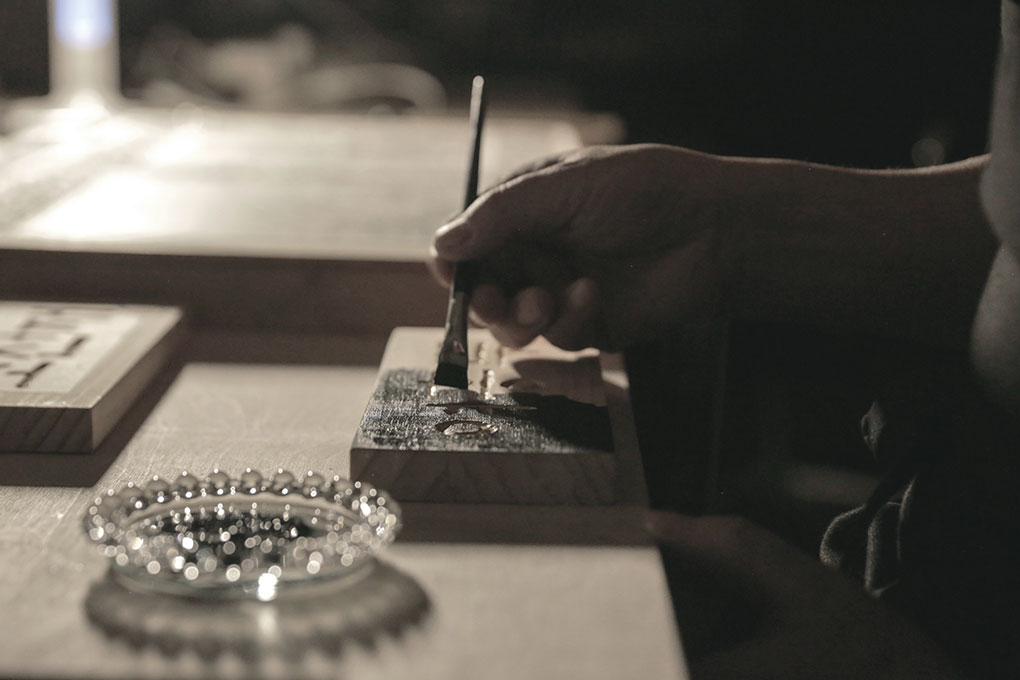 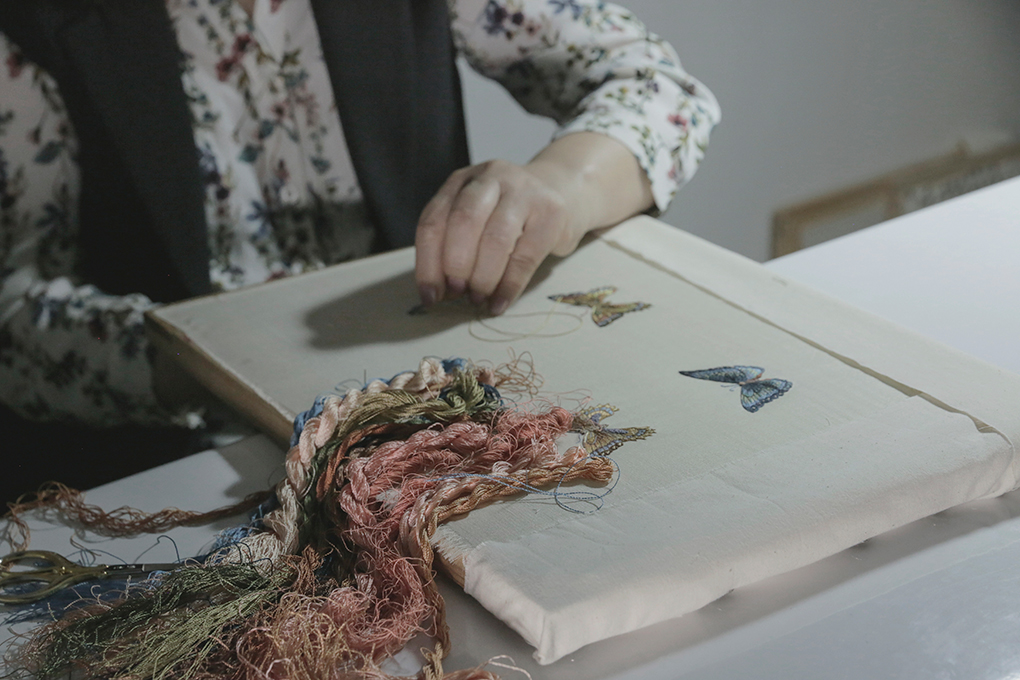 National Intangible Heritage Center Capacity enhancement workshop conducted with the theme of “division; divide the space” at the Han-ok supporting center. The program organized at the Han-ok village at the Bukchon of Seoul to promote the use of crafts in the landscape of hanok. 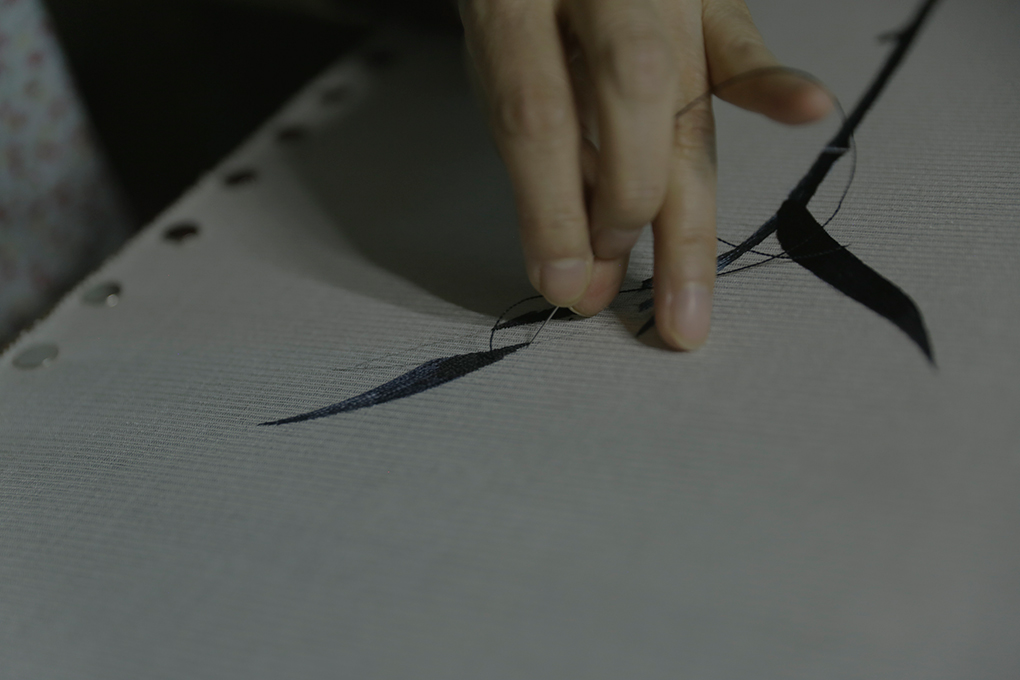 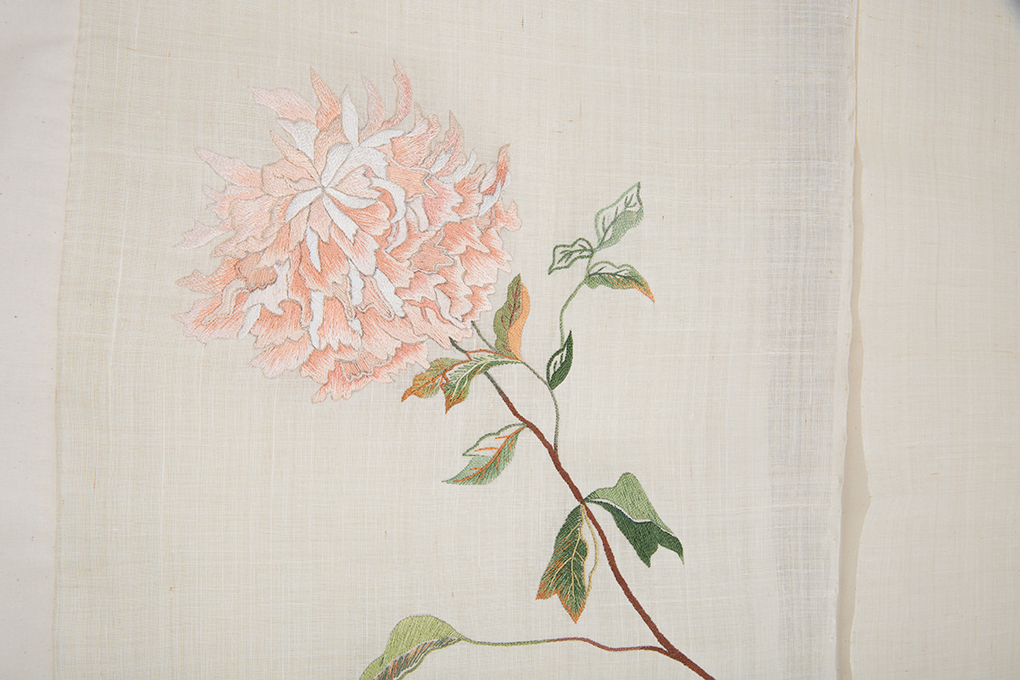 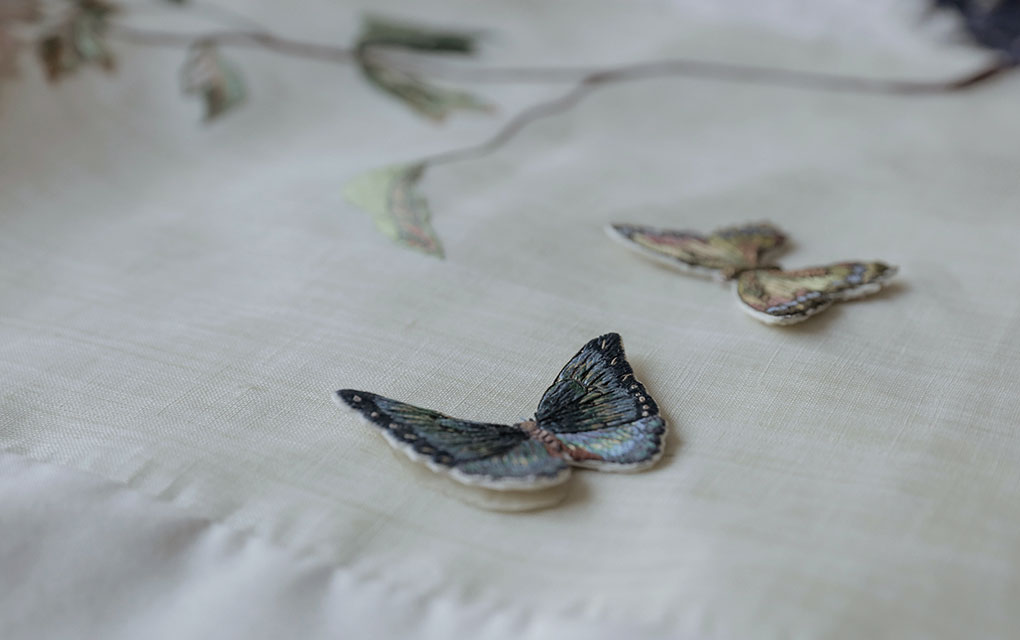 "With My Heart" is wishing to take a short trip and relax in your busy daily lives, like a floating butterfly in search of flowers. There is sincerity in the layers of peony embroidered in silk at ramie. 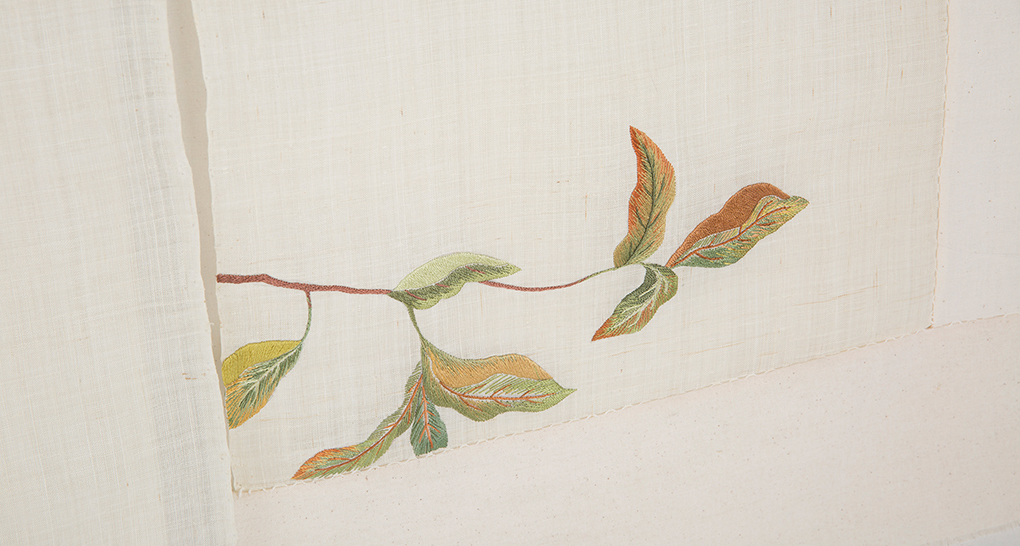 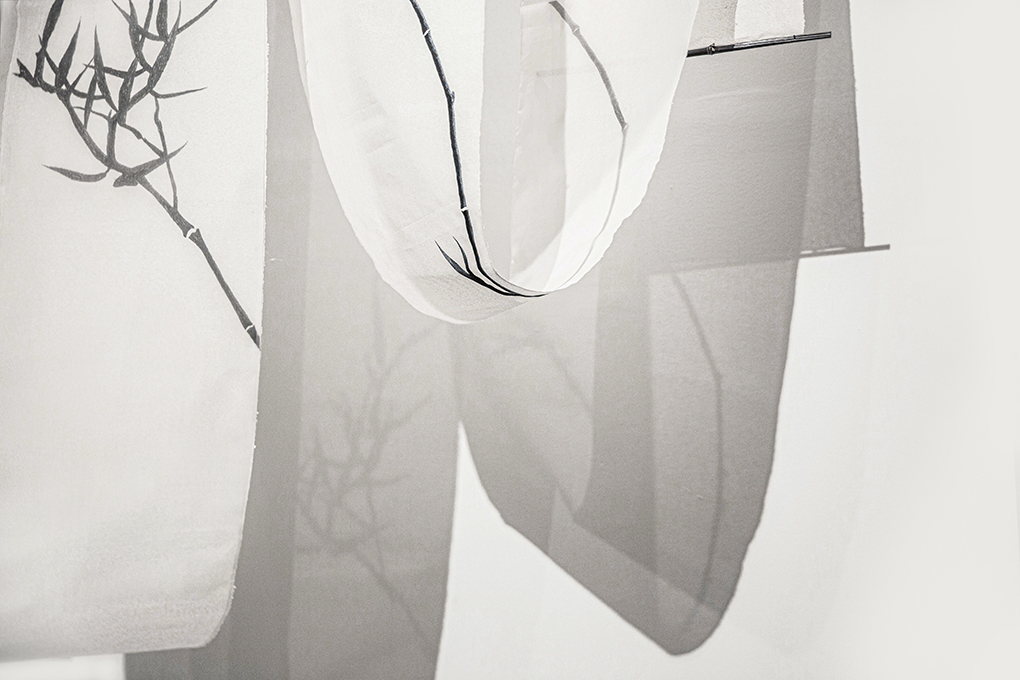 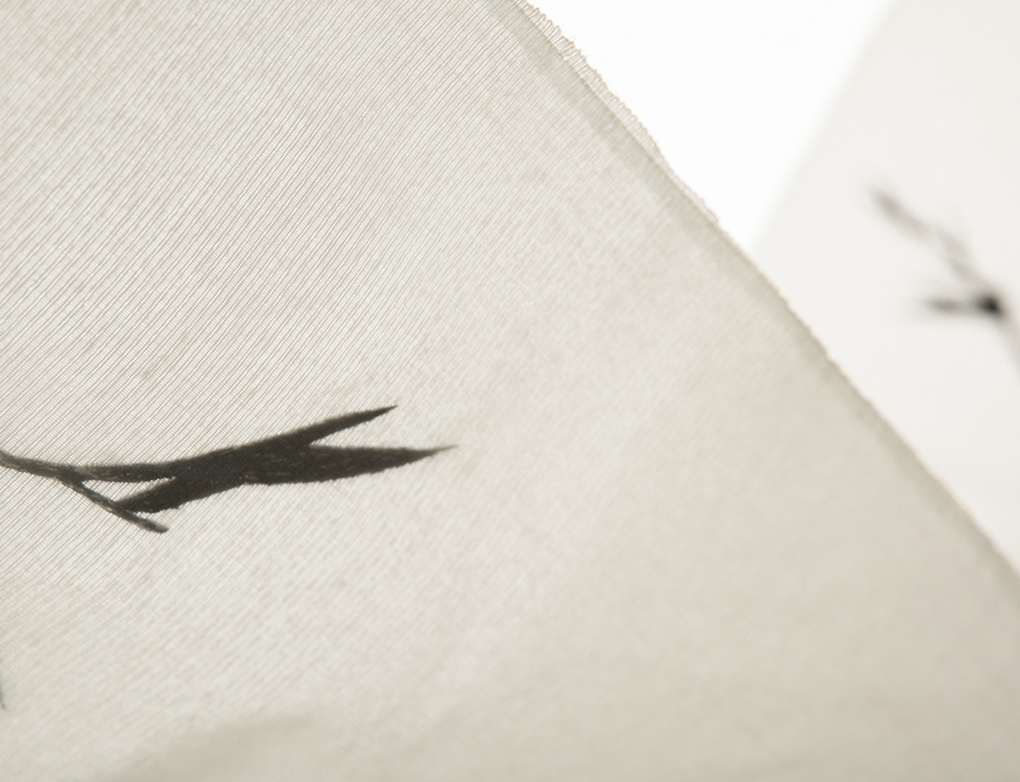 It was filled with Yearning for the straight bamboo that was embroidered in a thin white cloth. The outline of bamboo, which is softly reflected on a thin piece of cloth, is as clear as the feeling of longing, and it is soon dimmed. Yearning was painted like an ink-and-wash painting using a colorless silk and a thin, visible fabric. The effect of the density was aptly expressed in numbers to show a sense of perspective. It can be directed long and short to a given space and atmosphere. 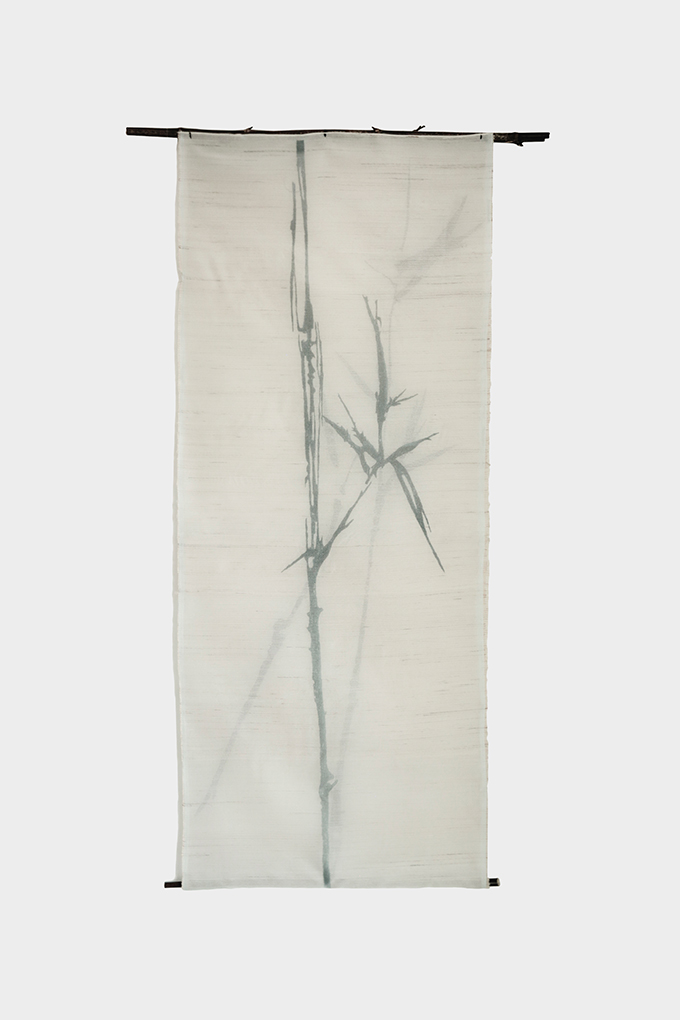 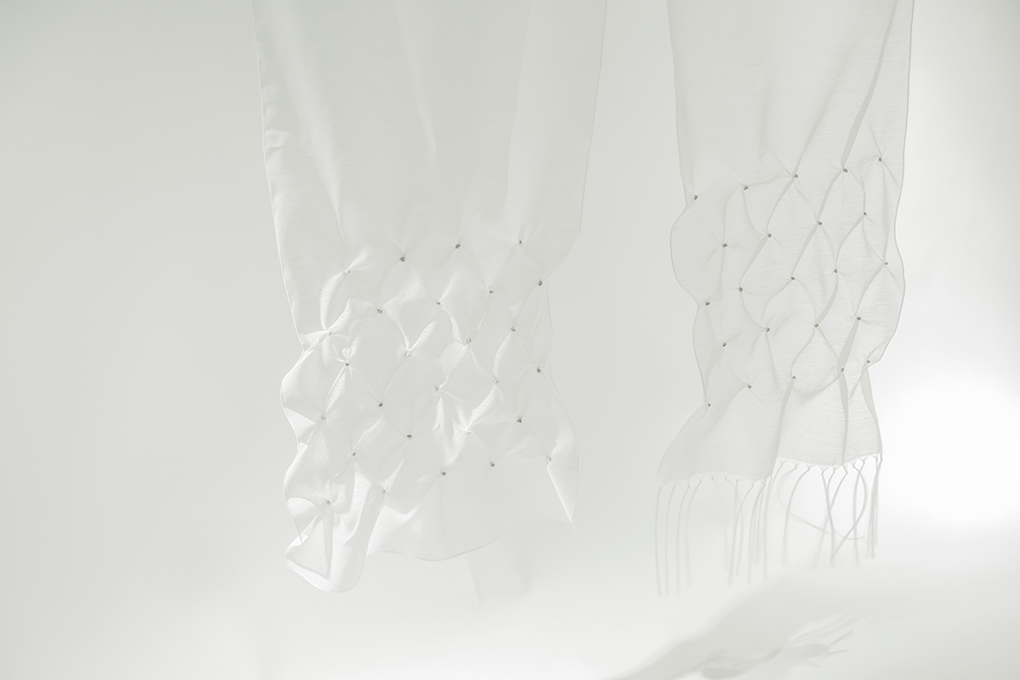 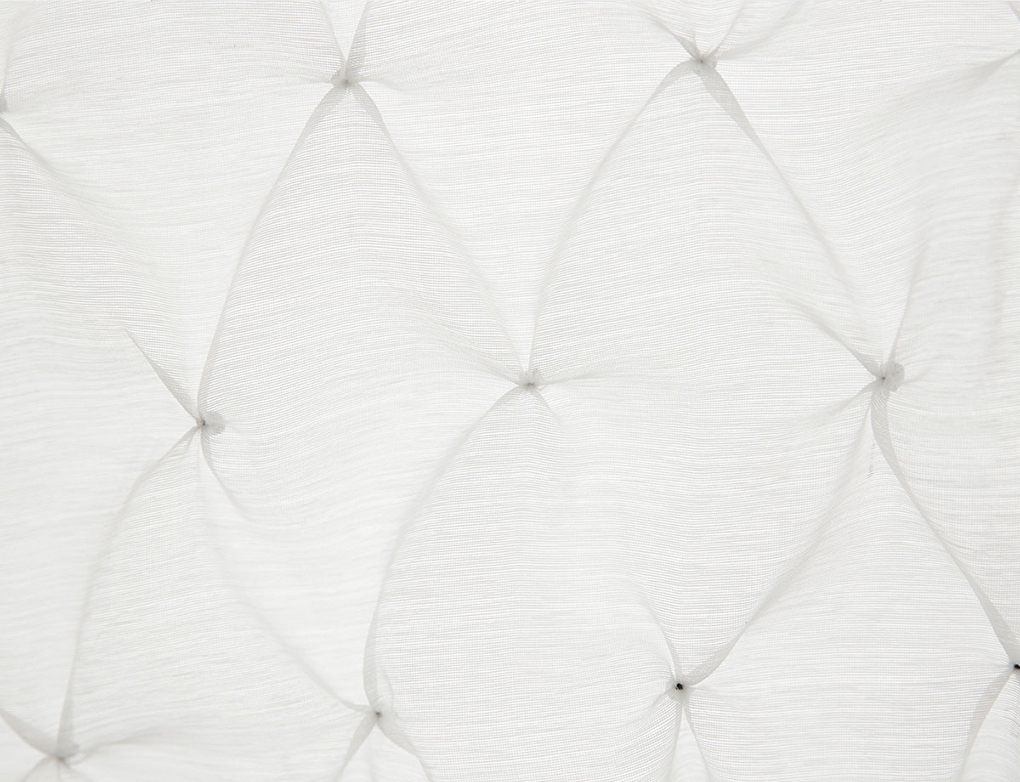 It is a partition made by wrapping seeds one by one in a cloth. It is made of full-mosh material to cover the sunlight but also to keep the wind. Transparent materials and delicate palms add subtlety to the place. 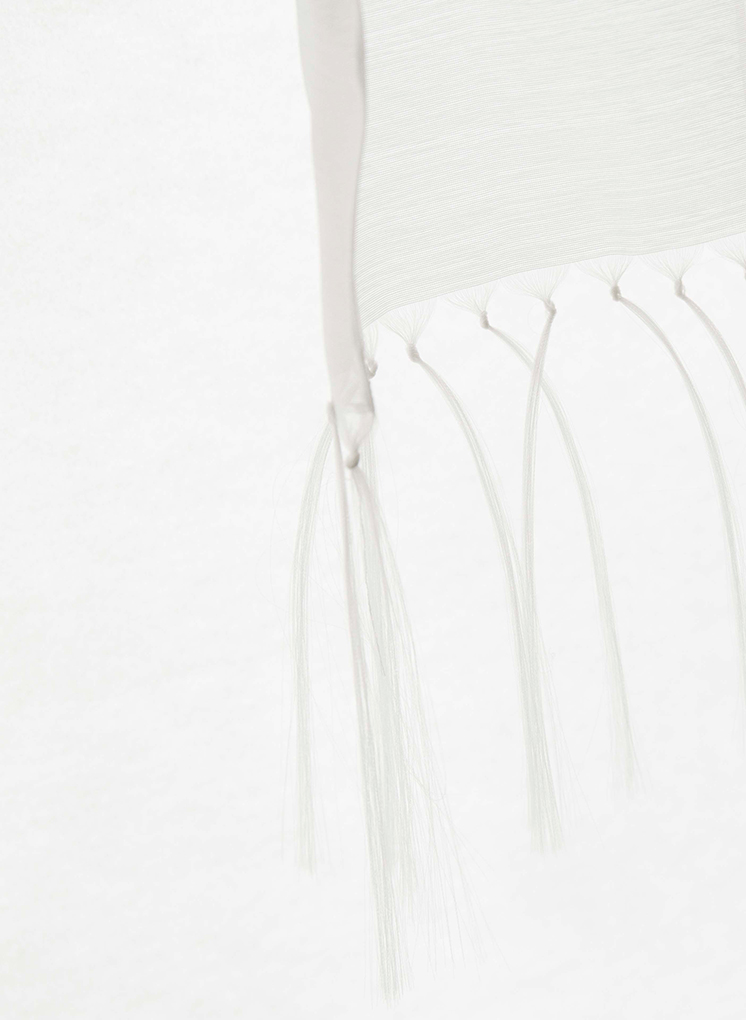 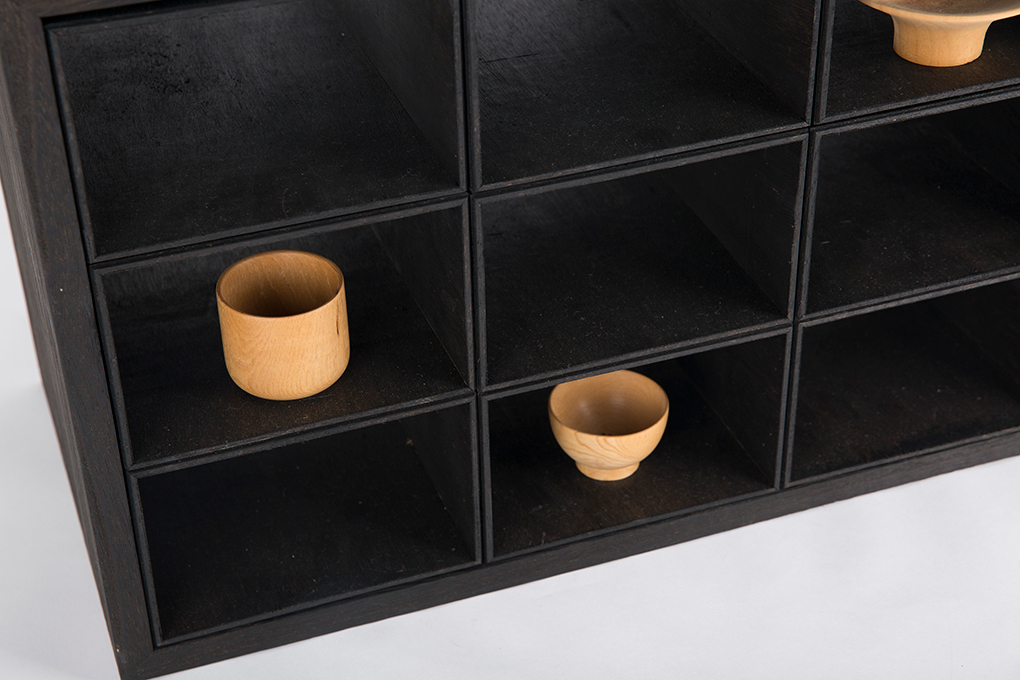 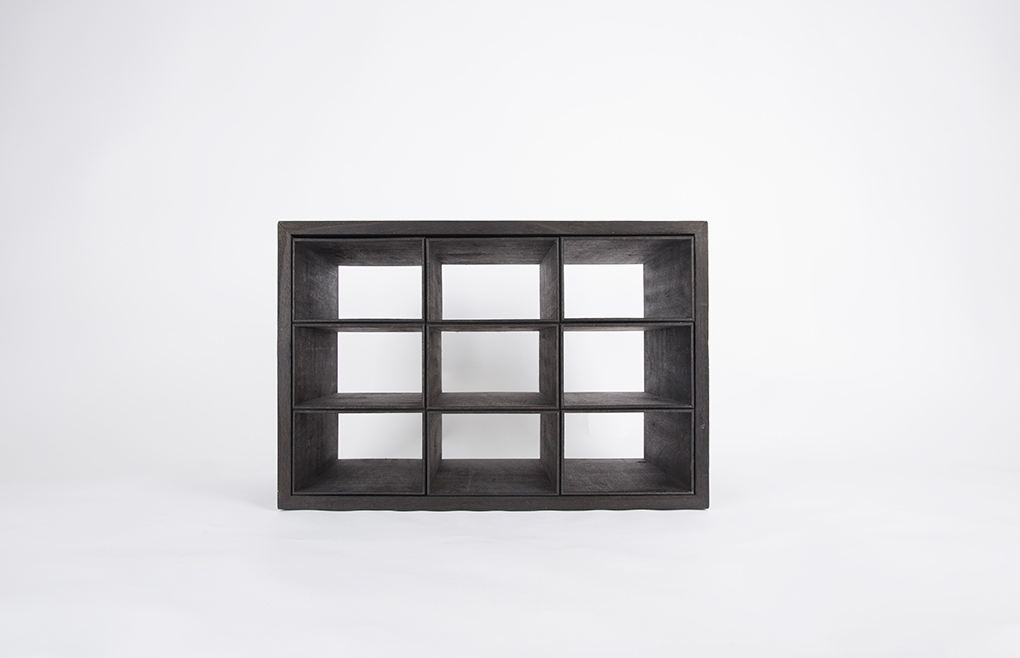 Nakdonggusul box can be simultaneously emptied or filled as space is divided. It has a variety of props and a variety of different directing fun. Nine boxes are a structure in a large frame, a fluid piece of furniture that moves the boxes and changes into various forms. 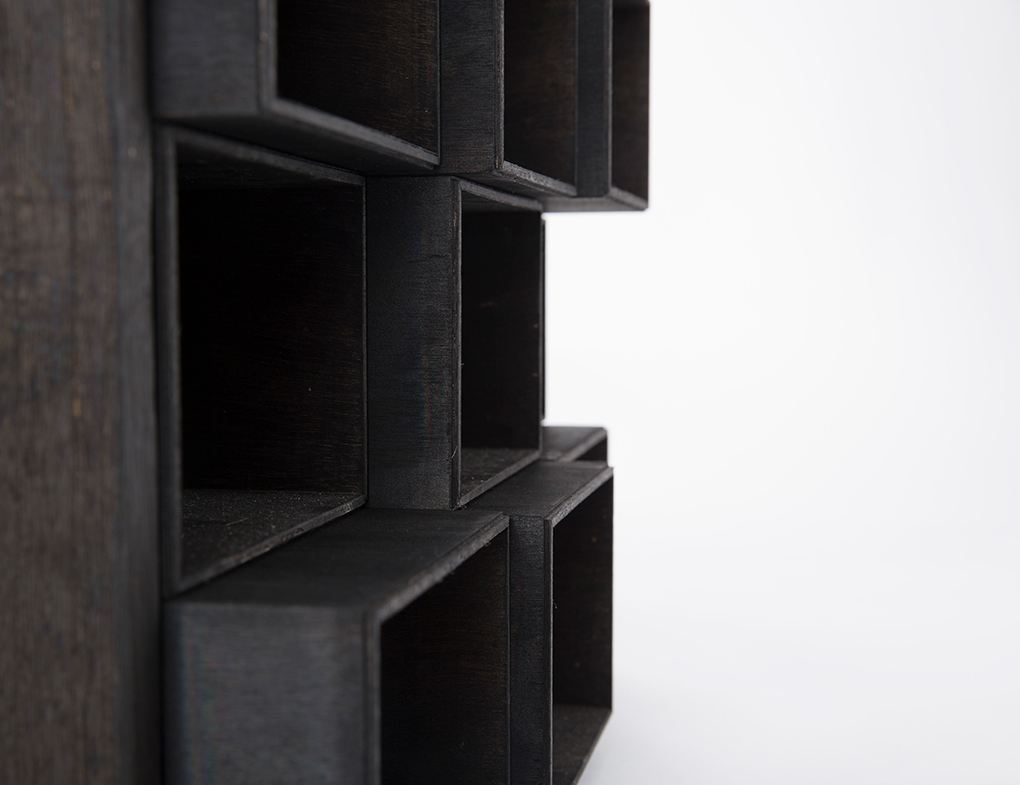 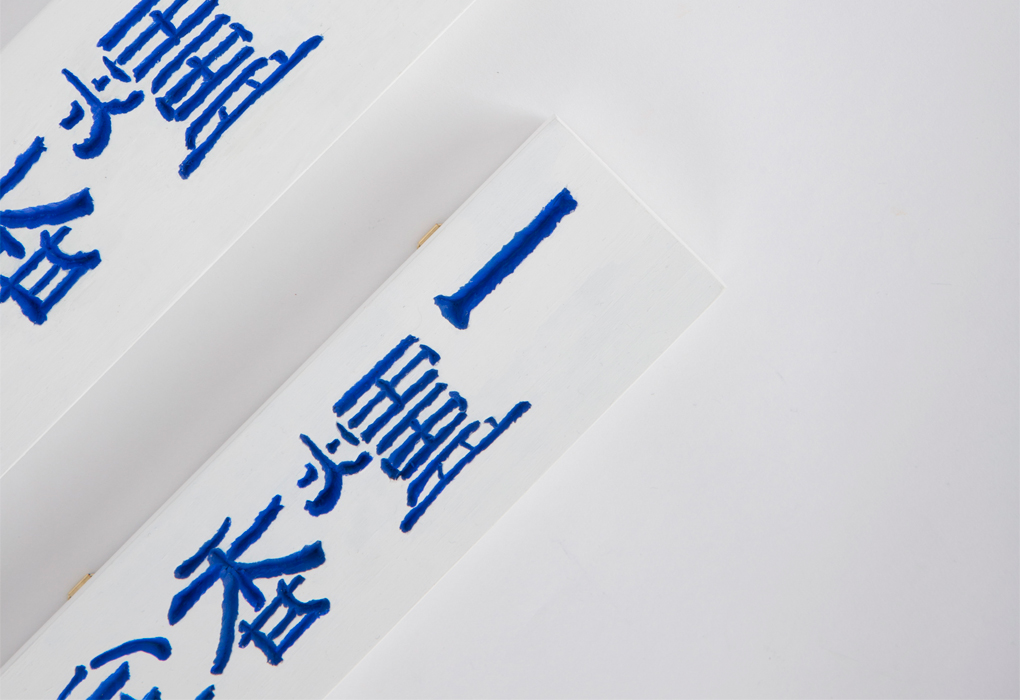 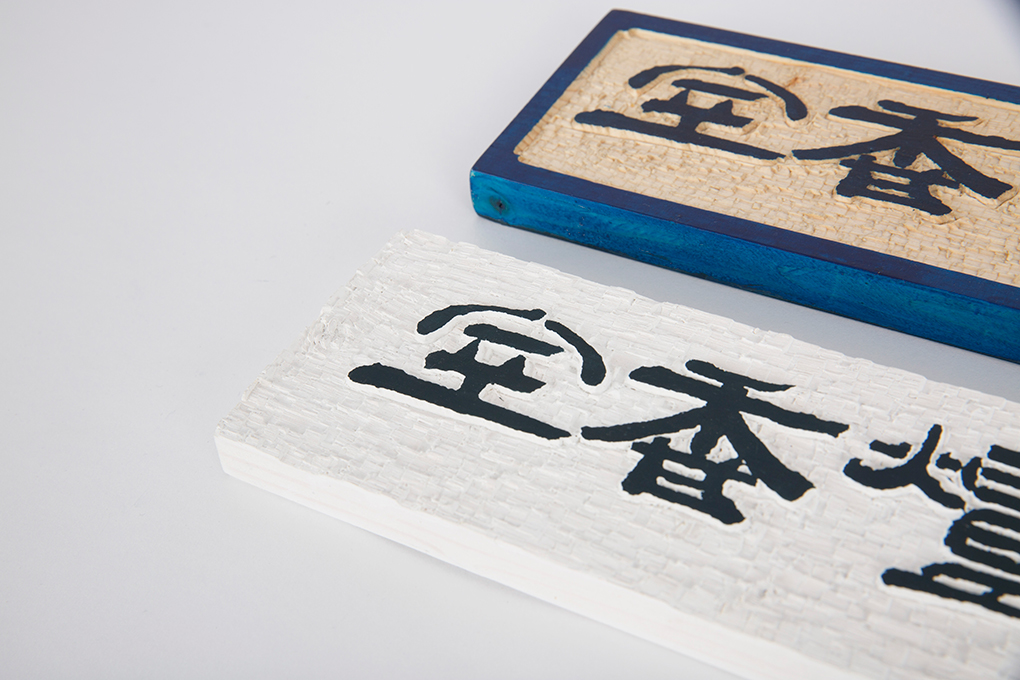 Dangho means the name given to an individual's living space, and Taekho means the name of the house. However, both Dangho and Taekho exist only in the lives of their old ancestors. Where we live now is not named but numbered. What about Dansimheon instead of the numbers on the house door? The space divided into layers in a large building, divided into houses, and then into rooms. Instead of numbers in this space of sharing, produced a doorplate for a name resembling the life, philosophy and zeitgeist of the homeowner. 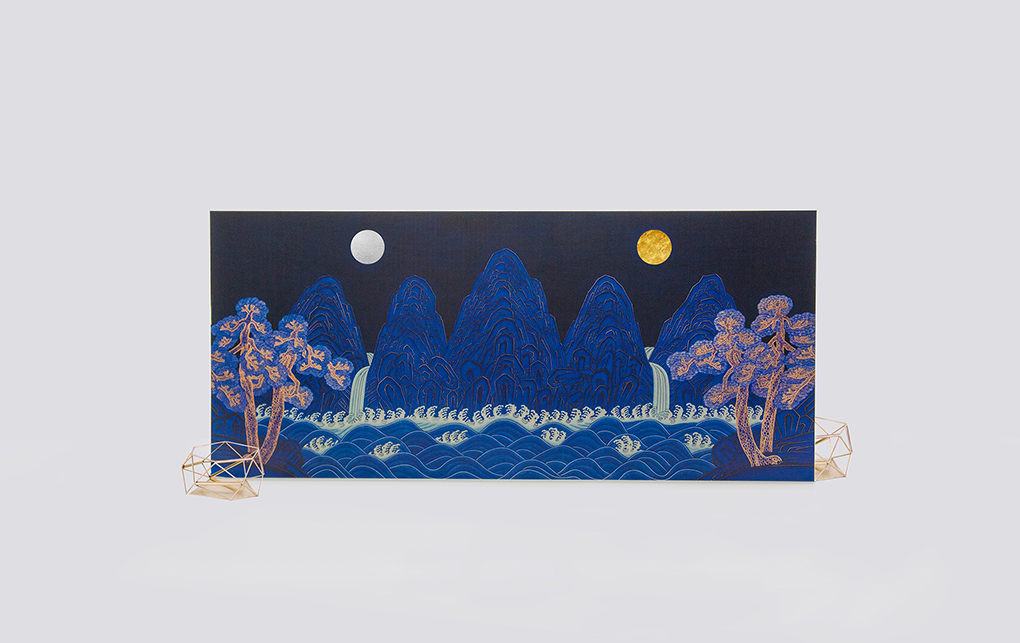 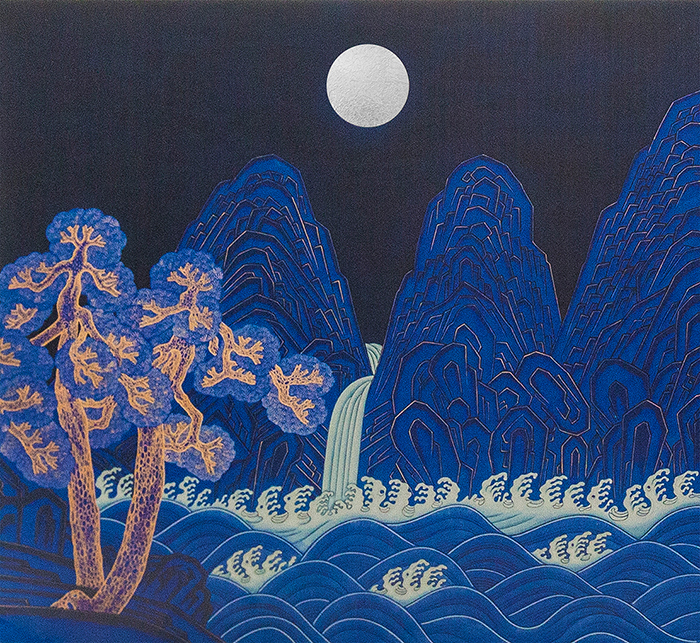 ‘Sun, moon and Five Peaks’ is a feud between six hanji pieces of paper and wishing for a long and healthy life. The traditional technique of Joseon Buddhist painting, in which dakbun, silver powder, and stone powder were used, was written. 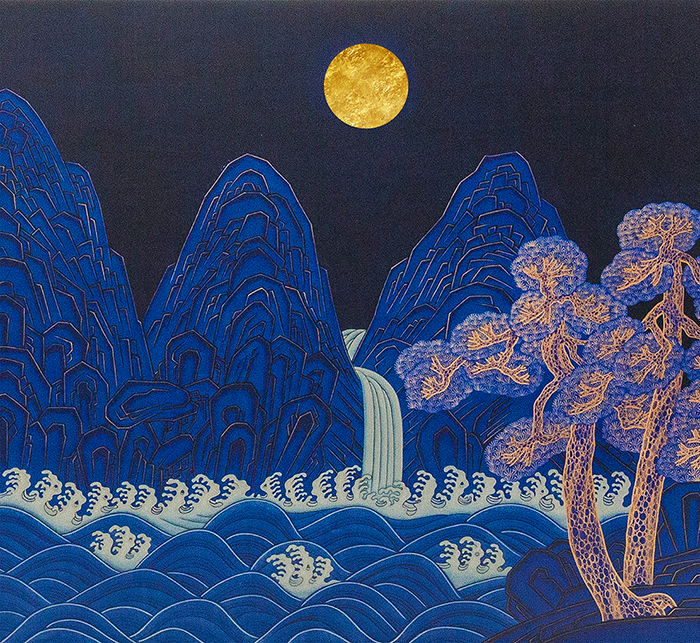